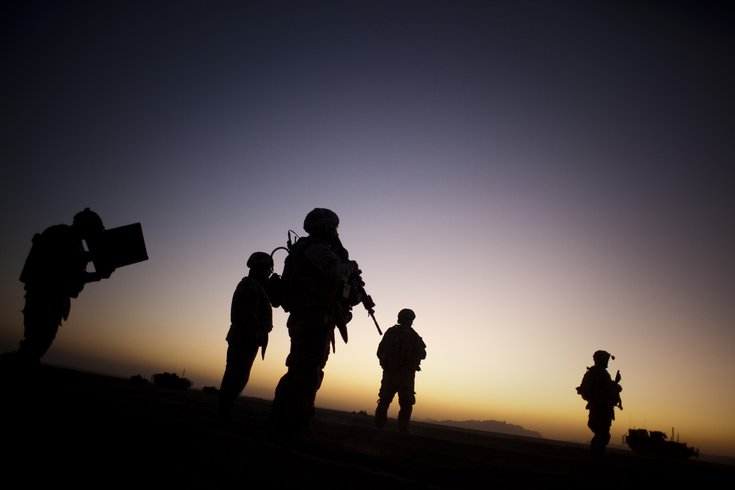 In this Sunday, Aug. 9, 2009 file photo, U.S. soldiers patrol the outskirts of Spin Boldak, near the border with Pakistan, about 100 kilometers (63 miles) southeast of Kandahar, Afghanistan.

Common forms of treatment for Post-Traumatic Stress Disorder (PTSD) usually incorporate cognitive or exposure therapy to help patients reconcile disturbing life events.
But Drexel University's Joke Bradt, an associate professor of the college of nursing and health professions, is exploring a new therapeutic method: music.
Bradt's project is the first of its kind, reports The Triangle, and strives to give veterans a more portable way to access help during difficult times. It will work in collaboration with researchers and active service members from the National Intrepid Center of Excellence, a leader in the area of traumatic brain injury and mental health issues.

Bradt explained that her study will “examine the impact of listening to music on areas in the brain that are involved in emotional regulation in soldiers with PTSD.”

Still in its early stages, the study will track three groups of soldiers with clear differences for variable and control groups. One group with PTSD will get the music therapy, another with PTSD won't, and a third group without PTSD will not get the therapy and be used as a control.
Bradt acknowledged that the research is exploratory and not positioned to be a cure for PTSD, but she said that if larger studies can replicate her results, it will give soldiers specific techniques to use music for emotional regulation.