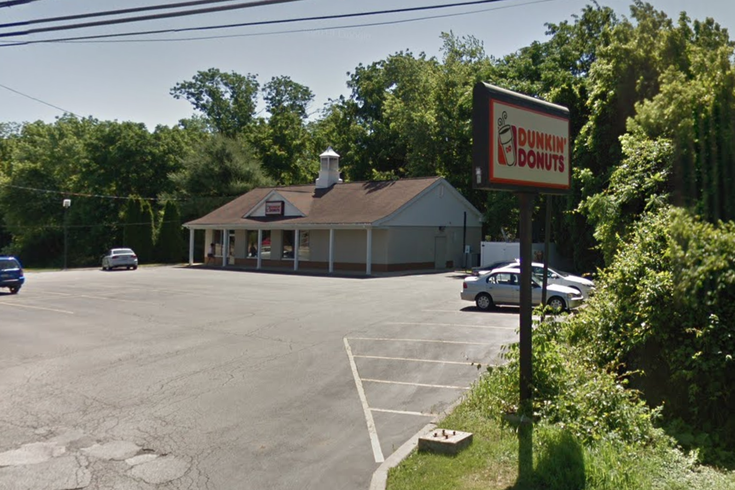 This Dunkin' Donuts in Kennett Township, Chester County, is one of nine named in a new lawsuit filed by Dunkin' claiming franchisees didn't properly verify the legal work status of employees.

A lawsuit filed last week by Dunkin' Donuts claims nine franchises, including two in Pennsylvania and six in Delaware, tarnished the company's image by failing to verify whether employees at the restaurants were authorized to work in the United States.

The lawsuit is filed against nine Dunkin' franchises, and claims a review of the franchisees' employment and tax records showed the defendants "committing pervasive violations of federal law".

A Dunkin' store in Kennett Township, Chester County, along with eight other locations in Pennsylvania, Delaware, and Massachusetts are listed as defendants in the lawsuit, which was filed in the U.S. District Court for the District of Delaware.

The franchisees also failed in numerous instances to use E-Verify, a system that allows employers to confirm the eligibility of employees to work in the United States, according to the lawsuit.

According to Restaurant Business Online, Dunkin' has filed at least two other similar lawsuits against franchisees in recent months.