The Eagles are legitimate playoff contenders 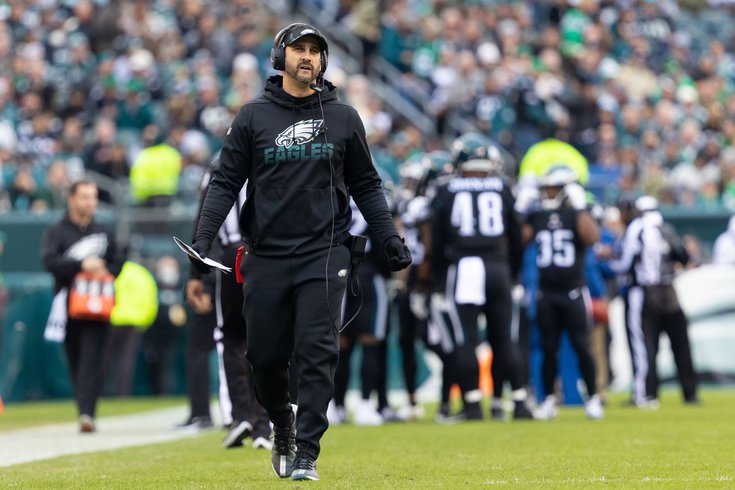 The flowers are beginning to bloom.

After losing 33-22 to the Las Vegas Raiders Week 7 in a game in which opposing quarterback Derek Carr completed 91 percent of his passes, the Philadelphia Eagles sat at 2-5, and looked more like a team that could be picking in the top 10 of the 2022 NFL Draft than one that had any reasonable hopes of competing for the playoffs. Since then, the Eagles have won three of their last four games, putting them squarely in the hunt for a playoff berth in the NFC.

The New York Times gives the Eagles a 31 percent chance of making the playoffs. FiveThirtyEight.com's model is a little more optimistic, giving the Birds a 38 percent chance.

First, let's look at the wildcard race in the NFC. If you take out the current division leaders — the Cowboys, Packers, Buccaneers, and Cardinals — you're left with the following group of teams:

As you can see, if the season ended today, the Eagles would finish ninth in the NFC, and would be out of the playoffs. They are a half game behind the current 7 seed, the Saints, with the 8 seed 49ers also standing in between the Eagles and the playoffs.

Despite their positioning outside of the playoff picture currently, the Eagles feel a lot more likely to make the playoffs than the New York Times and FiveThirtyEight models are projecting. Here's why:

The Eagles now have an identity

Over the last four games, the Eagles' offense has formed an identity built around a physical run-heavy attack. Initially, the Eagles were able to rack up huge rushing numbers against defenses that weren't exactly brick walls, in the Lions and Chargers.

MORE: McMullen: Slow-and-steady Eagles are starting to tick all the playoff boxes | Eagles snap count analysis: Week 11 vs. Saints | Handing out 10 awards from the Eagles-Saints game

The Eagles' offensive line is big, strong, and athletic, and behind it they employ a dynamic running quarterback paired with a diverse committee of running backs. A run-heavy attack is a simple formula for offensive success, and one that is perhaps not ideal long-term, but it is also one that can be effective against any defense, as the Eagles showed on Sunday.

Defensively, the Eagles' identity is fading, which in this case is a good thing, because their previous identity sucked. They played an ultra-soft "bend don't break" style, that good opposing quarterbacks picked apart with ease.

More recently, Jonathan Gannon has ceased parking his safeties a country mile away from the line of scrimmage, and has concocted more aggressive game plans. He called timely blitzes on Sunday against the Saints, and Fletcher Cox, a player who openly criticized the scheme earlier this season, played with good energy and enthusiasm, which is perhaps a good barometer for the morale of the defense overall.

The Eagles have the easiest remaining schedule in the NFL

As our Evan Macy pointed out, the Eagles have struggled mightily against great quarterbacks this season, but the great quarterback gauntlet is pretty much over and done with. The Eagles' remaining schedule is as follows:

Their remaining opponents' combined winning percentage of .397 is the lowest in the NFL, per Tankathon. Here's a look just at the NFC:

While there are only three teams in the NFC that have a remaining schedule of combined opponents with a winning percentage over .500, it's the column on the right that is most favorable to the Eagles. The Birds only have one game left against a team with at least a .500 record, while every other team in the NFC has at least three.

And as it happens, that one opponent is the Cowboys, who may very well be in a position in which their Week 18 game doesn't have much meaning, playoff seeding-wise, and they could opt to rest their starters in advance of the playoffs.

Additionally, the Eagles are one of just four teams in the NFC that has not yet had its bye week. When the schedule originally came out in May, a few players grumbled about how late in the season the bye occurred, but it could end up being a significant advantage for players to rest their weary bodies for the stretch run.

The Eagles lost Brandon Graham and Isaac Seumalo with season-ending injuries, while Brandon Brooks has missed all but two games. They've certainly missed Graham's contributions, but guys like Landon Dickerson and Jack Driscoll have filled in capably at both guard spots in place of Seumalo and Brooks.

Otherwise, relative to the rest of the NFL, the Eagles are a healthy football team, which is something that they're not used to being this late in the season.

This is probably my weakest argument, as I can't point to a "mojo index" or something like that, but some good vibes are back, as the players seem to believe in one another, and oh hey (!), they're becoming fun to watch again.