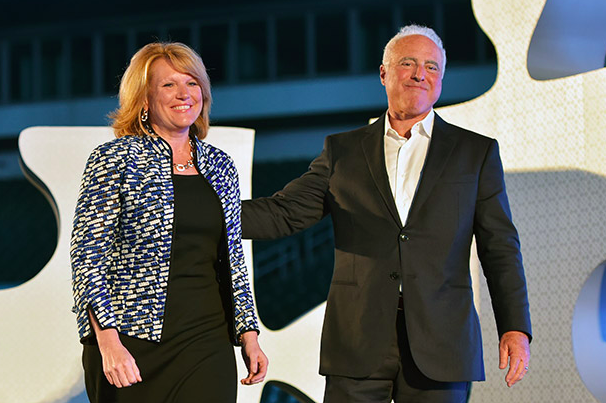 The Philadelphia Eagles Charitable Foundation has donated $1 million to the Children's Hospital of Philadelphia to support initiatives at the Center for Autism Research.

An announcement of the donation was made at Lincoln Financial Field Tuesday night for the annual Taking Flight for Autism fundraiser.

"There is a lot we all can still learn about autism and that is why we believe in the importance of providing financial support to leading institutions who are already doing amazing work in this area," said Jeffrey Lurie. "One of those leading institutions is the Center for Autism Research at Children’s Hospital of Philadelphia, and we could not be more pleased to partner with them on this cause."

The relationship between the Eagles and CHOP has brought joy and hope to thousands of children and adults with autism spectrum disorder, which affects at least 55,000 and as many as 130,000 Pennsylvania residents, according to the state's Autism Census. Nationwide, about 1 in 68 children are born with the developmental disorder.

In April, the 6th Annual Huddle Up for Autism event at the Linc drew more than 3,000 guests and raised $40,000 for ASD research. More than $300,000 in net proceeds from Tuesday night's event will also be donated to CHOP.

"The Center for Autism Research at the Children’s Hospital of Philadelphia conducts research, provides support for patients and families challenged by ASD, and trains clinicians in best practices in autism treatment," said CHOP president and CEO Madeline Bell. "This very generous donation by the Eagles Charitable Foundation will have a positive impact on our ability to achieve significant breakthroughs for children and families."