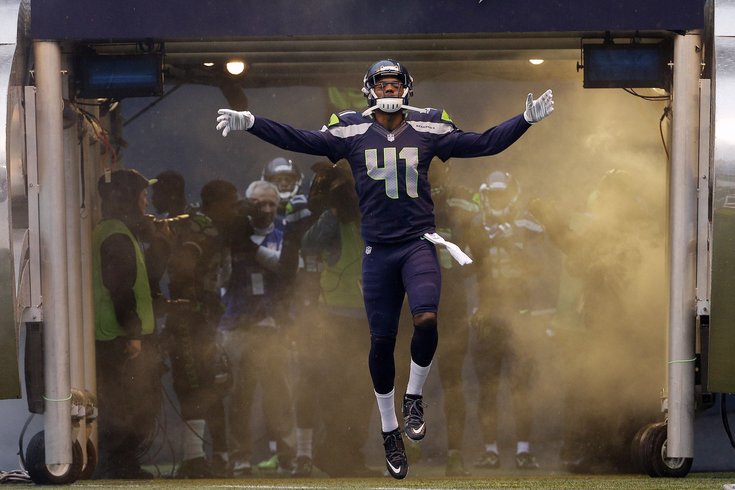 The Eagles' needs in their defensive secondary are obvious, as they've ranked 32nd and 31st against the pass the last two seasons. Clearly, they desperately need help both at cornerback and safety. One player who seems to make a lot of sense for Philly is Seattle CB Byron Maxwell.

Maxwell is the type of CB Seattle's "Legion of Boom" has become known for. He's big, attacks in the run game, and gets physical with opposing wide receivers. The Eagles have tried (and failed) to collect those kinds of corners the last few years under Chip Kelly and Billy Davis.

However, one question that has emerged with Maxwell by many Eagles fans is whether or not Maxwell had a huge advantage playing with three Pro Bowl players in the Seahawks' secondary (Richard Sherman, Earl Thomas, and Kam Chancellor)? For some insight on that we turned to Danny Kelly of the great Seahawks blog FieldGulls.com:

"It’s always hard to really isolate a player’s talent level in a vacuum — with nearly every position in football, a team’s scheme and philosophy play a big part in performance, so projecting how well Byron Maxwell would play in a different system is tough. What I can tell you is that Maxwell does very, very well in Seattle’s system, which emphases physicality at the line, bump-and-run coverage, and throws in a little bail cover-3. He’s strong against the run, has excellent ball skills, and is known for his deadly punch-out, which has forced some key fumbles and broken up passes many times over the past couple years.

The main tenet for Pete Carroll’s system is to not get beat over the top, and Maxwell is fundamentally sound in that area. In fact, the only time off the top of my head that I can remember him getting beat deep was in last year’s Arizona matchup in Week 16, where Michael Floyd made a miraculous catch in the back corner of the end zone even after Maxwell had gotten a hand on the pass and deflected it. So, he does his job well, and that’s evidenced by Seattle’s second straight season giving up the fewest passing yards in the NFL. Obviously, Kam Chancellor, Earl Thomas, and Richard Sherman had a big part in that, but at the same time, because those three players are so dominant, Maxwell does get a lot of action coming his way, and it doesn’t seem to faze him. He only gave up one touchdown this season, is generally very good at closing and tackling quickly (the Seahawks play everything deep, so underneath routes are often conceded), and is fast, and tough.

He adds value to a team too because he’s able to play both inside and out. Eagles fans will remember when Maxwell lined up on Jordan Matthews in the Seahawks’ matchup in Philly this year and more or less shut him down, especially on third downs.  Maxy can flip his hips, has good feet in coverage, has good makeup speed, and like the rest of the Legion of Boom, appears to put in the time to study route concepts and combinations, giving him a huge advantage in predicting where a receiver may go within a given formation.

I may be biased because I’ve watched Maxwell develop over the years, but I believe he’s a very good player that would excel in a number of schemes."

Maxwell may be the best of a weak free agent cornerback class. He's going to get paid. Will the Eagles pony up the cash?