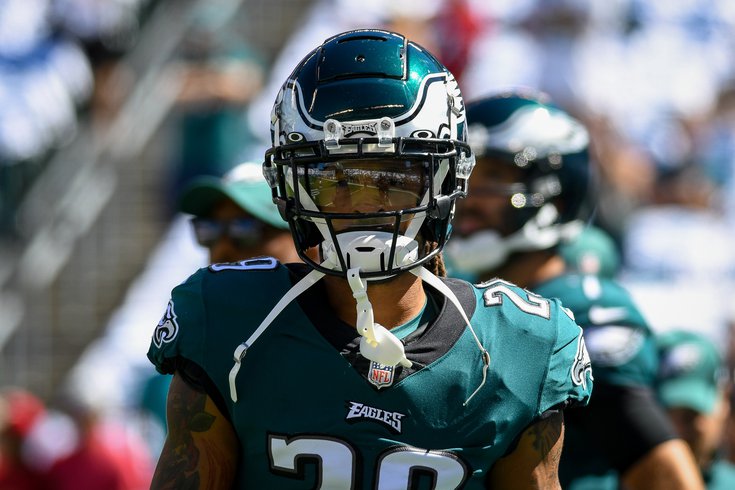 The Eagles came back to beat the Jaguars through the rain and the wind on Sunday but came out of it with some concerning injury news.

CB Avonte Maddox was ruled out on the injury report just a couple of days before kickoff with a foot injury, then, in the first half Sunday, CB Darius Slay (forearm) and OT Jordan Mailata (shoulder) went to the locker room and were ruled questionable to return, and even though they were on the sideline for the remainder of the game, neither would.

On Monday, NFL Network's Ian Rapoport reported that Slay did not suffer a major injury and has a chance to return for this weekend's game out in Arizona. Maddox though? His status is "up in the air" with an ankle sprain, per the league insider.

#Eagles CB Avonte Maddox, who suffered an ankle sprain last week, has this week's game up in the air, sources say. Could miss one, but not long-term. Meanwhile, CB Darius Slay did not suffer a major forearm injury, and he has a chance to play this week.

Mailata received an MRI on his shoulder Monday morning, per The Philadelphia Inquirer's Jeff McLane, which could mean that he'll be out for a bit when combined with the team's move to sign offensive lineman Tyrese Robinson up from the practice squad.

Jordan Mailata underwent an MRI on his shoulder this morn. Addition of another PS OL could suggest he’ll be out for a bit.

Andre Dillard is still on IR, but he said he should he back “pretty soon.” The initial timetable for his return from a 9/1 broken arm was 4-6 weeks. https://t.co/P1RxUweS77

The Eagles more than managed against the Jaguars on Sunday to improve to an NFL-best 4-0, but potential losses of a top lineman in Mailata, a Pro Bowl corner and team captain in Slay, and Maddox, who has excelled as a nickel corner would be huge blows to the team's roster.

In the immediate short term, Jack Driscoll filled in at Mailata's spot on the line, Zech McPhearson subbed in as the corner opposite James Bradberry, and Josiah Scott worked as the slot CB.