As the Birds face off against the New York Giants in this weekend's NFL Divisional round, catch the big game at these city venues 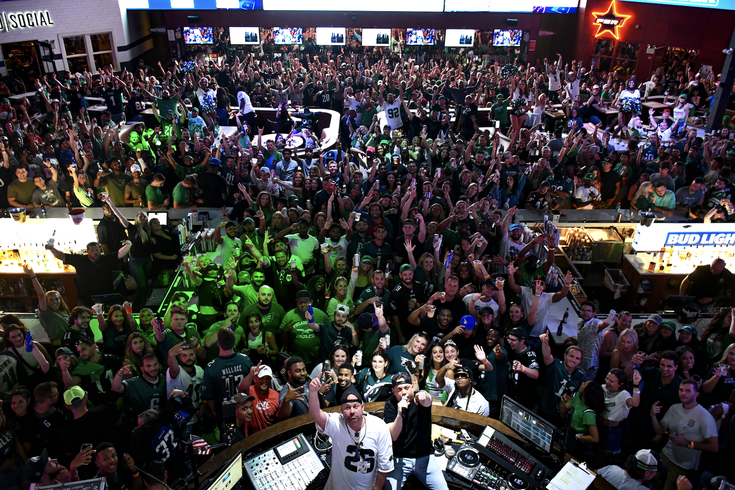 The Philadelphia Eagles take on the New York Giants in the NFL playoffs on Saturday, Jan. 21 at 8:15 p.m. Here is a non-exhaustive list of bars in Philly hosting watch parties for fans to celebrate on game day.

It's a wonderful time to be a Philadelphia sports fan. Just months after the Phillies made it to the World Series and the Philadelphia Union played in the MLS Cup, the Eagles are facing off against the New York Giants in the NFL playoffs this Saturday.

Though the game doesn't start until 8:15 p.m. on Jan. 21, a Saturday playoff game means plenty of opportunities for Birds fans to celebrate and party as the NFC's No. 1 seeded team attempts to make it all the way to this year's Super Bowl.

The Laurel in Rittenhouse, the tallest residential building in Philly, will light up green on Friday in advance of the game. Dietz and Watson, meanwhile will be outside of the Wells Fargo Center on Saturday afternoon handing out free "Bird Dogs" with green buns to celebrate the Eagles' playoff run.

If you're headed to the Stadium District for the game, make sure to catch a free ride home on the Broad Street Line, courtesy of SEPTA and Unibet Sportsbook. And if you're looking for a way to keep the party going all weekend long, grab some limited-edition "Fly Like An Eagle" green beer from Evil Genius Beer Co. in Fishtown while supplies last.

For those unable to snag stadium tickets for Saturday night's game, here is a rundown of just a few spots in Philly hosting watch parties during the NFL playoffs.

Not headed to the Linc this Saturday? The next best place to the watch the Eagles play is at Xfinity Live! Located inside the South Philly Sports Complex, the entertainment venue has plenty of screens to watch the game and a live DJ to keep the party going all weekend long. Table reservations are sold out for Saturday's game, but the venue will be open all day starting at 11 a.m. and standing room is available.

Philly's oldest bar will be showing the playoffs on high-definition and projector screen TVs all weekend. In addition, the Center City pub has a handful of Eagles-themed drink specials for imbibers to get their hands on, including the SuperMug, a $5 reusable cup with $2 Bud Light refills during every Eagles game.

McGillin's will also be selling its Touchdown Tea, a combination of Crown Royal, peach schnapps, fresh brewed ice tea and lemonade. The bar's fan-favorite Iggletini, made with Smirnoff Vanilla Vodka, green Creme de Menthe, and cream with a green salt rim, will be available as well. Finally, the pub will have $6.75 Jameson and Absolut drinks during games.

Woolly Mammoth, the Philly sports bar located on the corner of South Street and Passyunk Avenue, is serving up plenty of playoff specials this Saturday. Deals include $3 drafts, $12 pitchers, $5 vodka iced teas, $5 pickleback shots and $1 off all appetizers on the menu. Football fans can head over as early as 4:30 p.m. to catch the Kansas City Chiefs take on the Jacksonville Jaguars. 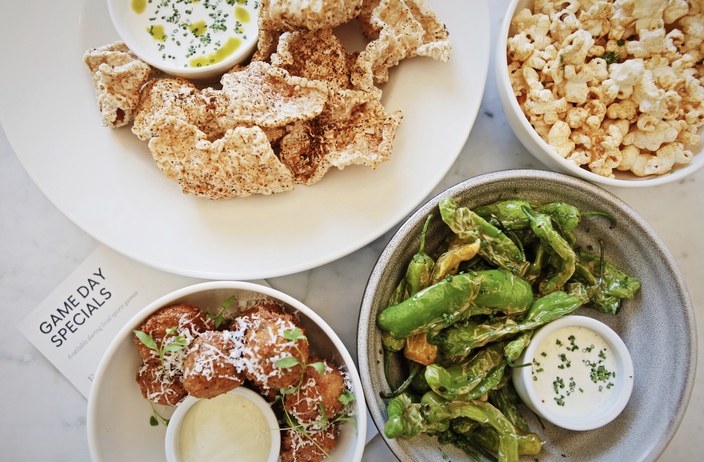 CO-OP Restaurant and Bar, which sits on the border between Drexel University and the University of Pennsylvania, is serving up deals on drinks and small plates during the Eagles playoff game on Saturday.

This University City bar hosts a Game Day Happy Hour whenever the Eagles play, whether at home or away. This Saturday, Eagles fans can enjoy a line-up of small plates like hush puppies, pork rinds, fries, popcorn bowls and shishito peppers along with drink specials at the bar or in the lounge. These include $6 Citywide Specials — Pabst Blue Ribbon paired with a shot of Jim Beam — and $4-6 beers and mixed drinks.

Cavanaugh's, which has three sports bars and pubs throughout Philly, will host watch parties on Saturday night. Head over to the Rittenhouse bar for $18 Miller Lite buckets and $7 Jameson drinks. The Headhouse location will serve up $4 Bud Light, $5.50 Goose Island drinks and $7.50 cucumber bloody Marys.

Paddy Whacks Pub on South Street is hosting a watch party beginning at 8 p.m. on Saturday. DJ Quigs will play music during commercial breaks while fans crowd the sports bar to watch the game. Guests can indulge in bar foods like nachos, pub fries and buffalo chicken dip while enjoying plenty of beers on tap.

Patchwork, on the second floor of the Hyatt Centric in Center City, is inviting fans to watch Saturday's game on its big screens with a Philly-centric burger, beer and shot special for $25. Executive chef Jonathan Dearden's burger is made with Cambozola cheese, onion marmalade and lemon garlic mayo. The restaurant will also serve a pint of beer from a Philly-based brewery and a shot of whiskey from a local distillery.

An official partner of the Philadelphia Eagles, Chickie's & Pete's is a fan-favorite for people of all ages watching the game. All five Philly locations, including the flagship on Pattison Avenue, are sure to be screening the playoffs throughout the weekend. If you're thinking of making the trip, be sure to grab some of the chain's CrabFries while enjoying plenty of beer on tap.

On Friday, Chickie's & Pete's is teaming up with 94WIP for a pre-game pep rally at the chain's South Philly location from 6 to 8 p.m. Swoop will be in attendance, along with a handful of Eagles cheerleaders. Plus, a lucky guest will win two tickets to Saturday night's game at the Linc.