Eagles player says the offense wore down late in 2015 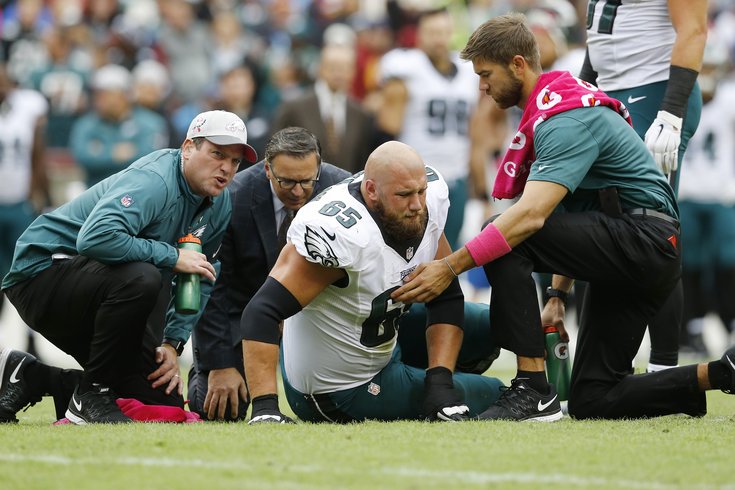 One of the biggest criticisms of Chip Kelly's fast-paced offense over the last three years was that it forced the Eagles' defense to face more than two full games' worth of snaps over the course of a season than the typical NFL team.

It turns out it wasn't just the defense that wore down because of Kelly's style of play. Kelly's fast-paced offense also wore down the offensive line, according to starting right tackle Lane Johnson.

"I can speak for myself, and I can speak for a lot of the guys on the offensive line," said Johnson. "We don't have any rotation. It's just us the whole year. Toward the end of the year, even last year and the year before we lost three of the last four games. Our bodies let us down. You can only go so fast for so long. There's only so much your body can do, where ultimately it's going to fail you, I don't care who you are. I think we're taking a better approach this year. We're getting our work in, but it's a better approach."

The Eagles were statistically proven to have been a far worse defense during the last four games of the season as opposed to the first 12 the last two seasons. In the past, it was only defenders who noted that the Eagles' style of play caused them to wear down late in the season.

Now there's an offensive player who has noted the same. Eagles practices are notably slower than the frenetic pace that Kelly incorporated from 2013 to 2015. Johnson, who has only played under Kelly as a pro until this season, noted that a slower pace helps with the mental side of the game.

"Sometimes in between plays, we'll have a little time to discuss it. The coach has time to discuss what went wrong on that play and what we can do to fix it the next time."