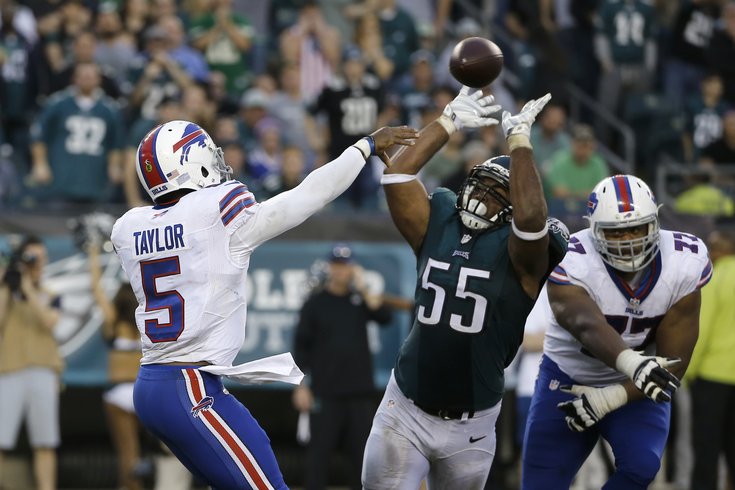 In his six-year NFL career, Brandon Graham has experienced multiple scheme changes, an ACL tear, and a defensive line coach in Jim Washburn who preferred another defensive end in Jason Babin.

In his seventh year in the league, Graham may have his best opportunity yet to thrive in Philadelphia Eagles defensive coordinator Jim Schwartz's defense.

"Brandon was drafted for an attack scheme," said Schwartz. "There are a lot of things he brings to the table. Number one, he's strong. He's hard to handle on the edge."

Schwartz went as far as to compare Graham to great pass rushers like Dwight Freeney and Elvis Dumervil. Well, sort of.

"That lack of height that he has that some people think is a disadvantage he can use to his advantage," he said. "There are some guys in the history of the NFL, Dwight Freeney is one, Elvis Dumervil, some of those guys. Sometimes you get those 6'7 offensive linemen and they have a hard time handling those 6'1, 6'2 type guys. They have a little different leverage and it gives them a different look. Brandon can bring some of that."

Graham has played well enough to earn a second lucrative contract, but certainly he has not had the kind of early career that Freeney or Dumervil have. Will he finally put together his first double-digit sack season under Schwartz?