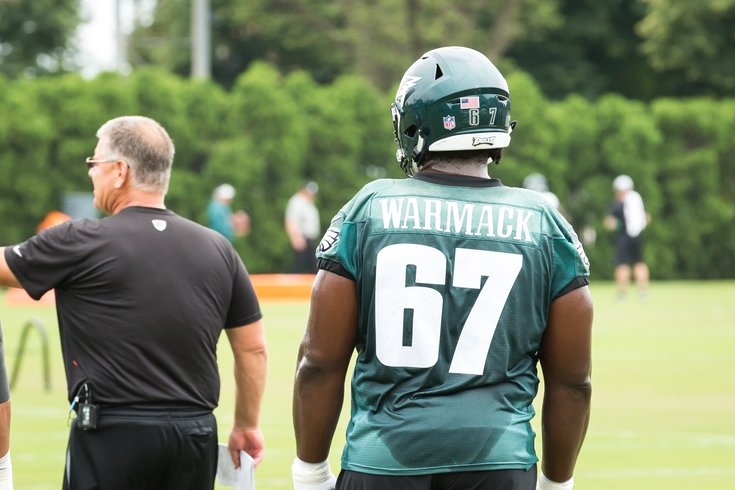 Chance Warmack during OTAs at the NovaCare Complex.

We are now 10 days into Philadelphia Eagles training camp, so I figured I'd take some time today to poll the Eagles' media contingent on which players have looked good so far throughout camp, and which ones have not looked so good.

For this exercise, I asked 30 Eagles media people, all of whom have attended every practice (or close enough to it) to identify one player whose stock is up, and one whose stock is down.

On the stock up front, there were no runaway candidates. 16 different players got at least one vote, with no players receiving more than four votes. (I voted for Matt Pryor, just FYI.)

On the stock down side, 13 different players received votes, with three players receiving at least five votes. My vote was for Chance Warmack.

So, you know, grain of salt, and whatnot.