Eagles podcast: Everything is bad 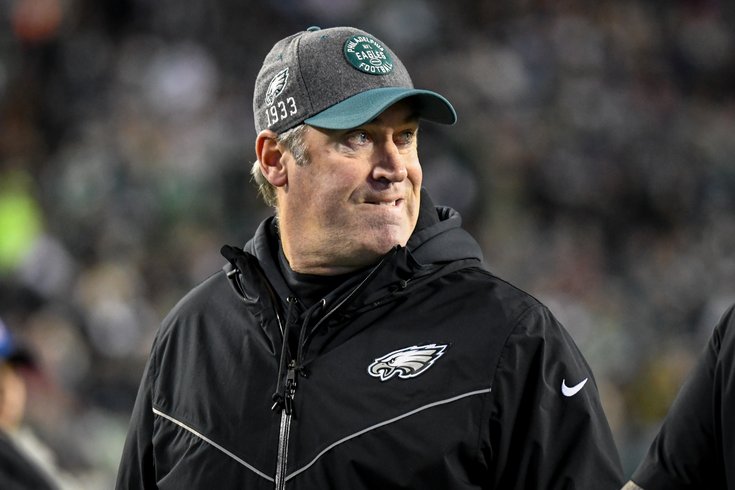 The Eagles' 2020 season, in one facial expression.

In our latest episode of BGN Radio, Brandon Gowton and I discussed how, you know, everything is bad right now, from the injuries, to the players, to the coaching staff, to the front office.

• A recap of the Eagles' absurd Wednesday injury report, plus all the guys already on IR and PUP.

• What happened to Big Balls Doug? More on his decision to punt for the tie. Would you have gone for 2 in regulation?

• Another bad Wentz performance. Accuracy is brutal. At least he did make some plays with his legs, maybe quelling concerns that that aspect of his game is gone.

• With Reagor and DeSean out, the same old boring-ass, slow, chain-to-chain offense is back.

• Nothing is fun about this team... again.

• Can the Cowboys just cooperate, win some games, and put this team away?

• Who would you trade if they become sellers, and what kind of draft compensation would you expect for each player?

• Never liked the idea of Alshon Jeffery returning to the lineup, but now just force feed him the ball to boost his stock and unload him, if possible.

• Do we even care about matchups at this point? Both teams are extremely banged-up for a Week 4 game.

• The Eagles-Steelers Week 5 game could be weird with the Steelers possibly playing as late as Tuesday Week 4.