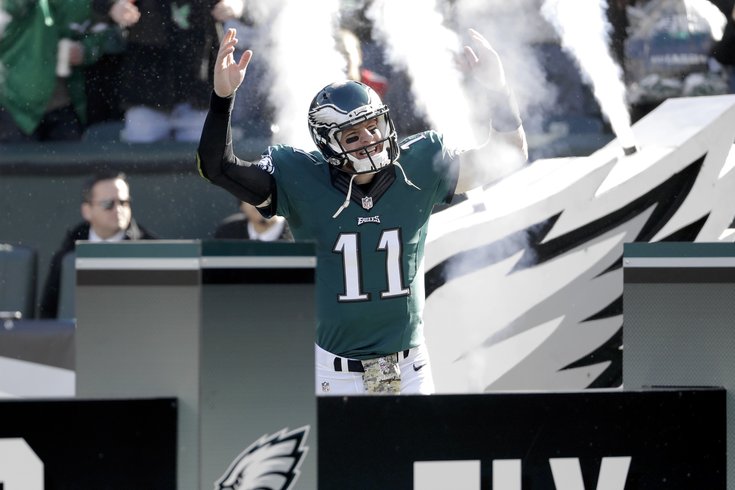 Philadelphia Eagles quarterback Carson Wentz is a finalist for NFL Rookie of the Year.

Philadelphia Eagles starting quarterback Carson Wentz won't be leading his team out onto the field when the NFL playoffs open this weekend. But if you believe Howie Roseman, that's hardly the now-24-year-old rookie's fault.

"Carson missed the final three preseason games [and] missed a month of training camp," Roseman said early on in his post-mortem presser on Wednesday. "He was notified he was the starting quarterback eight days before the start of the season. [With] his competitive fire, his intangible skill set, his physical skill set, we couldn't be more excited about the things that he brings to the table and see what he's going to do with a full offseason and opportunity to grow here in year two."

Apparently, those around the league agree with Roseman's sentiment.

Despite having a much stronger start than finish to his first NFL season -- one in which his team finished 7-9 and included a stretch in which the Eagles went just 2-9 -- Wentz has been named a finalist for the 2016 NFL Rookie of the Year.

And according to The Philadelphia Inquirer's Jeff McLane, the competition is stiff...

The winner will be announced on Feb. 4 at the annual NFL Honors in Houston, the site of this year's Super Bowl.

But first, let's quickly take a look at how these guys stack up (although that may be hard because only two of them play the same position).

*He returned two of them for TDs.