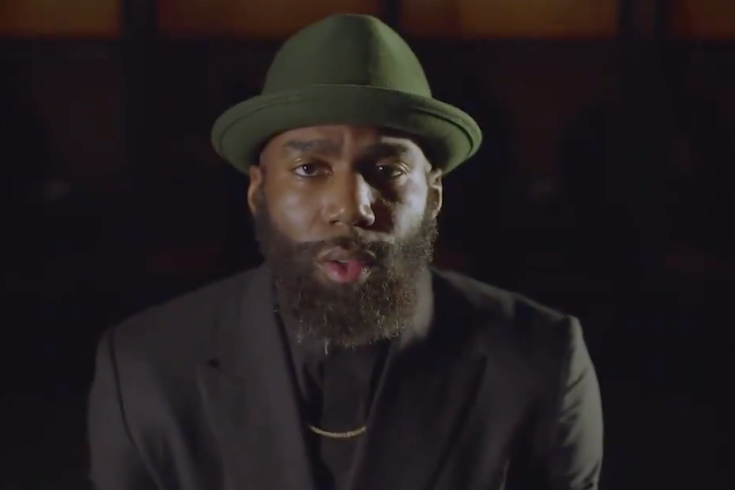 The Eagles sure know how to get their fans fired up.

Ahead of their Wild Card matchup against the Bears (Sunday, 4:40 p.m., NBC), the Eagles released the latest in their long line of Very Good Hype Videos.

This time around, the team asked Malcolm Jenkins to sit in a chair in a cool outfit and tell fans that, while this season has been a bumpy ride, they have plenty left in the tank.

If you didn’t think the Eagles had a chance to make a second Super Bowl run before, Jenkins might just change your mind:

"By now, you should know better than to ever count us out."#FlyEaglesFly pic.twitter.com/2r9crwhYUv

Folks, that is some pretty good orating.

Unsurprisingly, Eagles fans spending their last few hours of the week at work were very amped by the video:

just launched my office microwave down a flight of stairs

There goes the entire lower level of my house. Just ran through it all

I just put my head through a brick wall.

If you’re so dang excited that you just have to watch this Sunday’s game in person, we recommend taking a Megabus.