If you just have to see the Birds in person, here's a cheaper way to get there 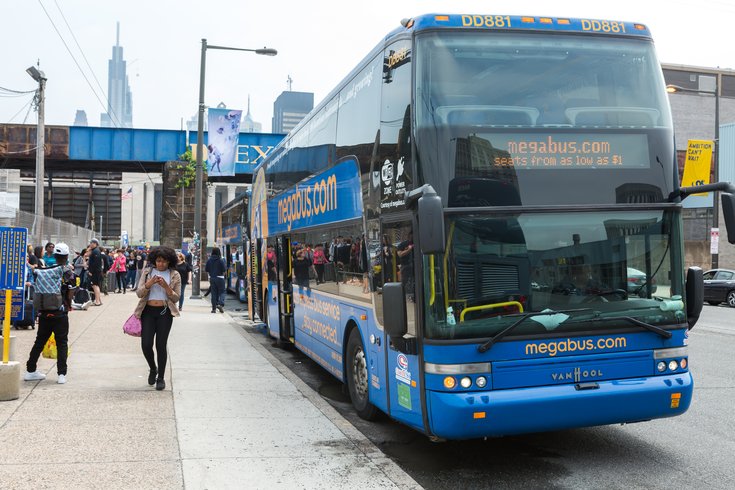 A Megabus parked near 30th Street Station in Philadelphia.

The Eagles face the Bears in Chicago on Jan. 6, the final game of the NFL playoffs’ Wild Card round.

Eagles fans who got used to watching every playoff game in person last season might be miffed by the team’s No. 6 seed this season: The team won’t play another home game until the preseason in August, even if they reach the Super Bowl.

Megabus, the big double-decker blue bus company that’s kind of fun for short trips, has created a quick fix for those Eagles fans, offering a special, one-time route between Philadelphia and Chicago.

The bus will leave Saturday evening at 7:30 p.m. from Megabus’s normal 30th Street Station pickup/dropoff area, and will arrive in Chicago at 9:30 a.m. on Sunday morning. The Eagles and Bears play at 4:40 p.m., giving you a good chunk of time to eat the city’s weird hot dogs and then head to Soldier Field.

The return trip leaves Sunday evening at 11:30 p.m., and arrives in Philly at 3:30 p.m. on Monday. Get those doctor's notes ready!

Fifteen hours is a whole lot of hours to ride a Megabus, and this is coming from someone who regularly makes the 8-1/2 hour Megabus trip between Philly and Pittsburgh.

The good news is that, if you can get comfortable, you can sleep for a good chunk of the ride considering it’ll take all night to arrive in Chicago.

And while the trip might be brutally long, there’s no questioning whether it’s actually a deal. On Wednesday afternoon, tickets for the Megabus route started at $99 each way. Google failed to find a single round-trip flight cheaper than $400, and just one (without carry-ons) under $450.

Eagles fans travel well, so don’t be surprised if a bus-full of rowdy (and possibly booze-fueled) Birds supporters pulls into Chicago on Sunday morning. Residents of Chicago, you’ve been warned.