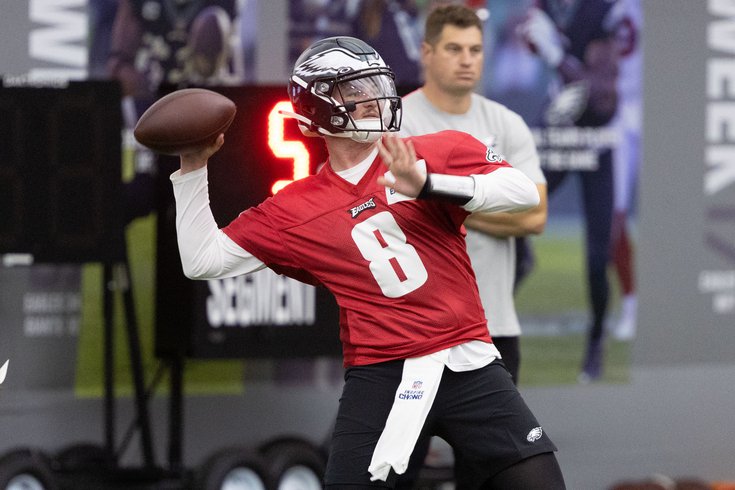 As we do every offseason, we'll be comparing each of the Philadelphia Eagles' rookies to current or former NFL players. We finished up with the drafted rookies yesterday, but just for fun, as a bonus, let's find a comp for undrafted free agent quarterback Carson Strong, since many thought of him as a Day 2 type of prospect.

In his three years as Nevada's starting quarterback, Strong posted the following numbers:

Strong's injury history is no doubt the reason he did not get drafted.

So who does he remind me of?

To be clear, we're not referring to the Sammy Sleeves that went No. 1 overall to the Rams in the 2010 NFL Draft. We're more referring to the mid-to-late-career Sleeves who could still throw, but was essentially a statue in the pocket and you held your breath every time he got hit.