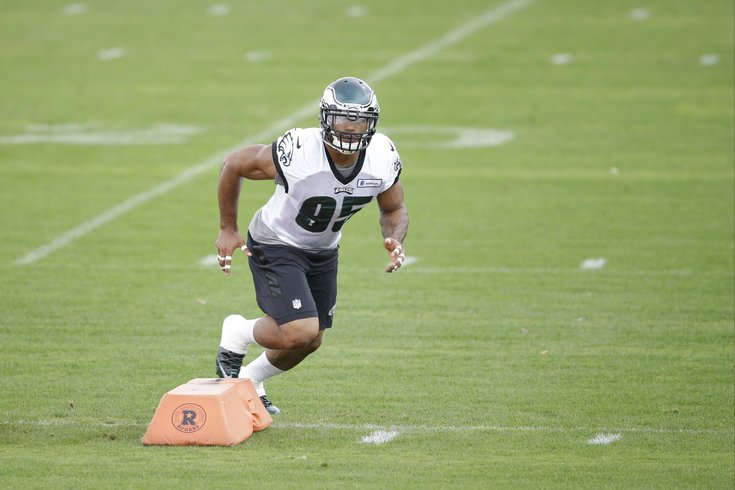 Way back on August 3rd, Eagles rookie running back Wendell Smallwood began missing practices with a quadriceps injury. He missed a big chunk of training camp, and then the first two preseason games. In the third preseason game, Smallwood had one reception for five yards, and two carries for 11 yards. On that second carry, Smallwood sustained a concussion, and will not play in the fourth preseason game.

As a result, with Kenjon Barner having a good showing in the latter half of training camp as well as the first three preseason games, I've received a number of questions as to whether Smallwood could be left on the outside looking in after final cuts. You can't "make the club from the tub," right?

Hell yes you can. Back in July, head coach Doug Pederson spoke glowingly about Smallwood.

"I was excited when we drafted him," said Pederson. "I was excited during rookie camp when we had him in here, the entire offseason program, and he came back ready to go in a great frame of mind. He’s going to put himself in a position, I'm hoping, to help us this season. I think he's that good.

"Excellent route runner, good hands, patient runner, and I love the fact that he's kind of a one-cut, no-nonsense type guy. He's a downhill guy but fast enough to separate and create some long runs. So I'm excited, again, once we start getting into pads, protection, how well can he protect? A lot of backs in college that come to this level, that's something that they've got to learn extremely fast."

While Smallwood has not been able to show what he can do in pass protection (he was bad at it in college), Pederson and the Eagles' staff have repeatedly raved about what Smallwood can do as a receiver out of the backfield. Not to mention, when Smallwood was finally able to play in the third preseason game, he did so with the first team offense.

Could Mychal Kendricks be trade bait?

Kendricks is seemingly unhappy that the Eagles are making him play football in the preseason (he has refused to speak to reporters since last Saturday), as he was still on the field in the fourth quarter against the Colts in the third preseason game, and may be the only defensive starter to play in the fourth preseason game against the Jets on Thursday.

When asked why Kendricks was still in the game in the fourth quarter against the Colts, Pederson said, "Because he hasn't played. He hasn't played and we just want to see him get game and live reps. That's the bottom line."

Mike Sielski of the Inquirer believes that the Eagles are sending a clear message to Kendricks. I agree.

But would the Eagles go so far as to trade him?

Nope. They can't. If the Eagles traded Kendricks, they would incur a $6.4 million cap hit. For a team that is already up against the cap as it is, there's no way the Eagles are taking that kind of hit unless some team out there really made it worth their while.