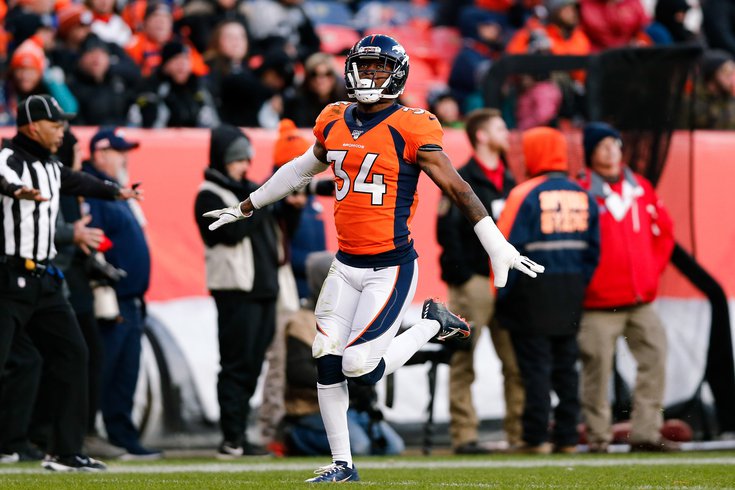 Will Parks now plays for the Eagles, not the Broncos. Please make a note of it.

The Philadelphia Eagles announced that they will be placing safety Will Parks and wide receiver Quez Watkins on short-term injured reserve.

Last Wednesday, Parks first appeared on the Eagles' injury list as being out "multiple weeks" with a lower body injury. It was later revealed by James Palmer of NFL Network to be a hamstring injury that will keep Parks out for 4-6 weeks. Watkins' injury is presently unknown.

In the past, if you were a player who went on injured reserve, it meant your season was over. In 2012, the NFL allowed for one player to return from injured reserve after eight games, which they later upped to two players.

Injured reserve will look completely different this season, as a result of two key changes:

As such, Parks and Watkins will be eligible to return to the team Week 4 against the San Francisco 49ers.

Parks' injury is a significant one, in terms of how it will affect the defense. He is the Eagles' third safety, but he was poised to play a much bigger role than that in 2020. Throughout training camp, Parks was sharing time with Nickell Robey-Coleman in a nickel role. Robey-Coleman was the regular nickel, with Parks serving as the "big nickel." Parks was also getting looks as a dime linebacker.

Parks stood out enough in camp that we included him along with Robey-Coleman among our players whose stock was up after the first week of camp:

📈 Nickell Robey-Coleman and Will Parks: Robey-Coleman (as the nickel) and Parks (as the big nickel) figure to be important pieces in the Eagles defense this year, and both have shown well so far in camp.

Robey-Coleman has had sticky coverage on everyone he has faced, while Parks has brought infectious energy to the defense when he has been on the field.

With Parks out, the third safety is likely to be Marcus Epps, who the team kept at 53-man cutdowns.

The loss of Watkins is less serious, as Watkins is the least NFL-ready receiver on the roster. He was likely to be inactive on game day anyway.

This opens two spots on the Eagles' 53-man roster, which could be filled by OT Cordy Glenn, who the team worked out, and either Cre'Von LeBlanc, who the team released on Sunday, or some other cornerback.

Also of note is that the Eagles did not place other injured players on IR, like WR Jalen Reagor or DT Javon Hargrave, for example, which means that their return before the three week IR window closes is likely.