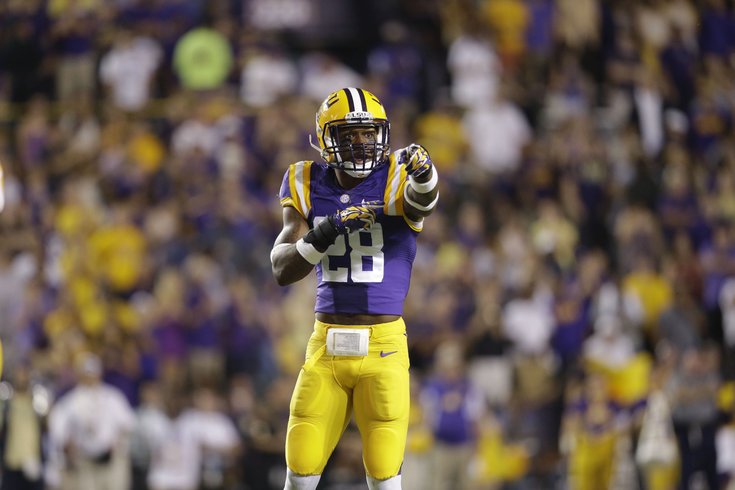 Jalen Mills has positional versatility, having played corner and safety at LSU.

At LSU, Mills played at safety, on the outside, and in the slot. He has the versatility that teams now covet. Early in his career, he'll likely be a slot corner, with the potential to develop into more.

Like fifth-round pick Wendell Smallwood, Mills also has a serious incident on his record, via Emily Lane of Nola.com.

Mills was arrested in June after a woman who claims he punched her outside his Highland Road apartment picked him out of a lineup.

He pleaded not guilty to the charge October.

The alleged victim, who is 5-foot-3 inches tall and weighed 113 pounds, told police she was briefly knocked unconscious and received four stitches to her lip for her injuries, according to an affidavit of probable cause.

Mills' attorney Brent Stockstill, however, had denied the alleged victim's account, saying it was actually Mills' girlfriend who threw the punch and that the victim gave multiple conflicting accounts of what happened.

According to NFL.com, "the charges were eventually reduced to a misdemeanor and he was assigned to a diversion program."

With his blend of decent size and athleticism, Mills can also play corner on the outside. Watch him go mano-e-mano in the slot up against Auburn's D'haquille Williams. This is outstanding coverage (via draftbreakdown.com):

What I don't like about Mills, however, is that he doesn't seem all that willing to stick his nose in there and make tough tackles. This is less than awesome, and kind of goes against the theme of hard hitting defenders that the Eagles have added this offseason under Jim Schwartz:

Still, this is outstanding value in the seventh round.

Mills is the second defensive back the Eagles have selected in this draft. They previously selected Auburn's Blake Countess in the sixth round.