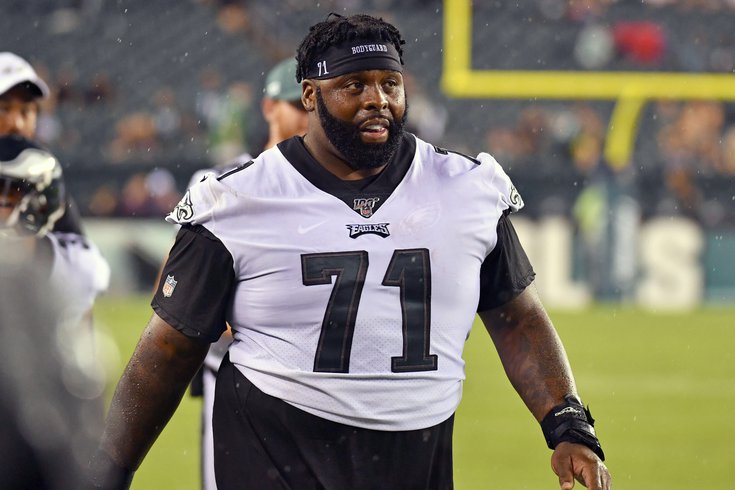 Analysis: Nothing was known pre-game about anything being wrong with Jason Peters, but he missed a solid chunk of the game (mostly the second quarter) with an "illness," whatever that means.

Dillard filled in for five snaps, and then he was forced to promptly leave with a knee injury.

Analysis: Sanders was benched after fumbling twice on the same drive in the second quarter. He didn't see the field with the regular offense in the rest of the first half after that, and I'm fairly certain that he didn't play at all in the third quarter.

Howard has played the role of the good teammate, but he needs to see the field more until Sanders proves that he is ready play.

Analysis: Carson Wentz went to bed last night praying for the return of at least one of Alshon Jeffery or DeSean Jackson.

Analysis: Goedert's long pre-game workout was more intense than his actual usage on the field. The Eagles might have been smart just to keep him out until Thursday night's game in Green Bay.

The Lions sought to shut down Ertz and make the rest of the Eagles' receivers beat them, which was a smart strategy.

Analysis: After having missed almost the entirety of training camp and the preseason while recovering from foot surgery, Cox just isn't the same player he has been the last few years, and everything trickles down from there.

Cox aside, the rest of this group has been thoroughly disappointing so far this season.

Daeshon Hall was active, but he did not play either in the regular defense or on special teams.

Analysis: Another week, another game in which L.J. Fort doesn't play a defensive snap, and his presence on the roster, should it extend past Week 10, will cost the Eagles a fourth-round compensatory pick.

Analysis: The Lions came out obviously targeting Darby, as expected. He left with a hamstring injury, and the secondary tightened up a bit thereafter.

I don't recall Maddox leaving with an injury, but certainly, barring injury, I can't think of too many scenarios where he should only be getting on the field for 42 percent of the snaps.