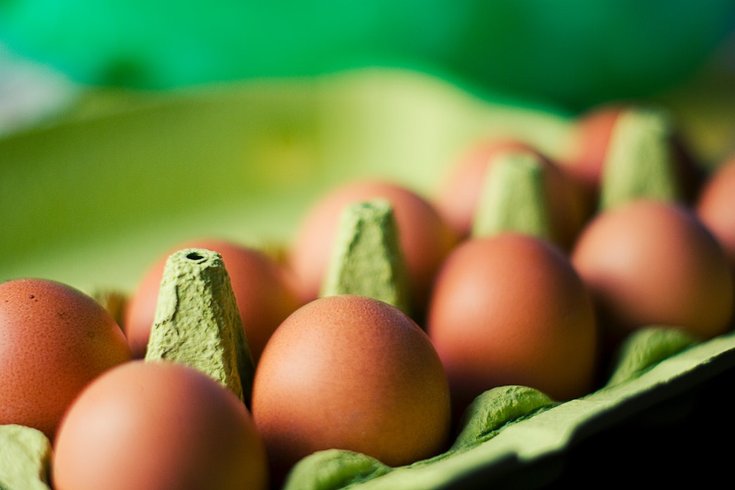 Eggs are a staple on most breakfast and brunch menus. Heck, some people even enjoy eggs for dinner.

Yes, eggs remain popular despite remnants of the 1980s ethos that they have “too much cholesterol and therefore we should only eat egg whites.”

According to a Washington Post story published in September 1999:

“The American Heart Association, which led the charge against egg consumption during the 1970s and 1980s, is in the early stages of reviewing its influential recommendation that people limit their consumption of egg yolks to no more than three to four a week.”

Obviously, the egg has since redeemed its reputation and is arguably one of the top foods deemed both healthy and trendy today. In fact, a fried or poached egg on top of avocado toast is one of the healthiest things gracing brunch menus nationwide — it’s the perfect serving of carbs, fat and protein.

RELATED READ: This is how many french fries you *should* be eating in one sitting

Much like how millennials have ousted the whole “no bread” trend that the 1980s were so infamous for, health influencers now embrace eggs and bread alike.

the REAL egg mcmuffin 👊🏽 you know, the one made with actual food.. this is it! took me five minutes to whip up, super flavorful and left me perfectly satisfied. i used a @ferm.farm organic fried egg cooked in avocado oil, sautéed spinach with pink salt + pepper, slice of @buyranchdirect bacon and @kitehillfoods chive spread on a toasted @erewhonmarket organic english muffin. definitely making this again tomorrow morning. hope you all have a beautiful tuesday. we’re heading to LA for an important appointment so wish us luck 🙏🏽 #shutthekaleup #realfood

One large egg has about six grams of protein, according to the USDA’s nutrition database, and just 72 calories, providing a lot of nutrition in a small caloric package. So nutrition experts agree that the protein and vitamins in eggs make them a healthy option, according to a TIME report:

“I would say eggs are very healthy, with 13 essential vitamins and minerals,” says registered dietitian Brigitte Zeitlin. “Plus, they are a good source of high-quality protein, which is what our bodies use to build and maintain strong, healthy muscles.”

Registered dietitian Ryan Maciel also touted eggs to the news magazine, saying eggs are rich in nutrients, including biotin , vitamin A and antioxidants.

“It was once thought that eggs were associated with an increased risk of heart disease because of their high cholesterol content,” says Maciel. “However, current research shows that for most people, dietary cholesterol may not significantly affect the cholesterol levels in your blood.”

It's worth mentioning that nearly all of an egg’s nutrients are contained in the yolk. Plus, eggs are one of the only foods that boast naturally-occurring vitamin D, which helps keep bones strong.

According to the 2015 Dietary Guidelines, dietary cholesterol is no longer a nutrient of concern when it comes to raising a person’s blood cholesterol. In fact, recent research indicates that people who ate about one egg a day had lower rates of heart disease and stroke, possibly because of their high levels of “good” HDL cholesterol, which can help fight fat buildup in blood vessels.