Hint: it's much less than the basket you're served 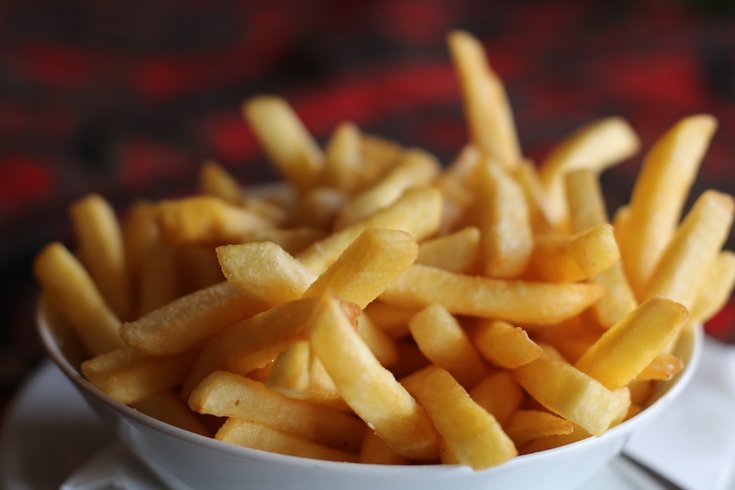 The proper serving size of french fries is reportedly only 12 to 15 fries.

The cliche “you want fries with that?” is almost a rhetorical question, since french fries are the perfect combination of carbs and grease – and hopelessly addictive.

But the nutritional information for these crispy gems is far from impressive. In fact, a study published last year found that, controlling for other risk factors, participants who ate fried potatoes two to three times a week were at a higher risk of mortality. Eating unfried potatoes had no effect on that risk.

Americans consume more potatoes than any other vegetable, eating an average of 115.6 pounds of white potatoes a year, of which two-thirds are in the form of french fries, potato chips and other frozen or processed potato products, according to the U.S. Department of Agriculture.

RELATED READ: These vegan brownies will be your go-to recipe for holiday parties

It's all about the number of fries you eat, Lindsay Moyer, a senior nutritionist at the Center for Science in the Public Interest, told the New York Times. Less important are things like the fries’ surface area or the type of oil used to fry them.

The Department of Agriculture lists a serving of fries as three ounces, which amounts to 12 to 15 individual potato sticks, or about 140 calories.

“I think it would be nice if your meal came with a side salad and six french fries,” said Eric Rimm, a professor in the departments of epidemiology and nutrition at the Harvard T. H. Chan School of Public Health, in the Times report.

Sweet potato fries are better. By no means a "healthy food," they do have more Vitamin A and fiber.