The Republican incumbent gets a third term in the U.S. House of Representatives

By Kristin Hunt and Michael Tanenbaum 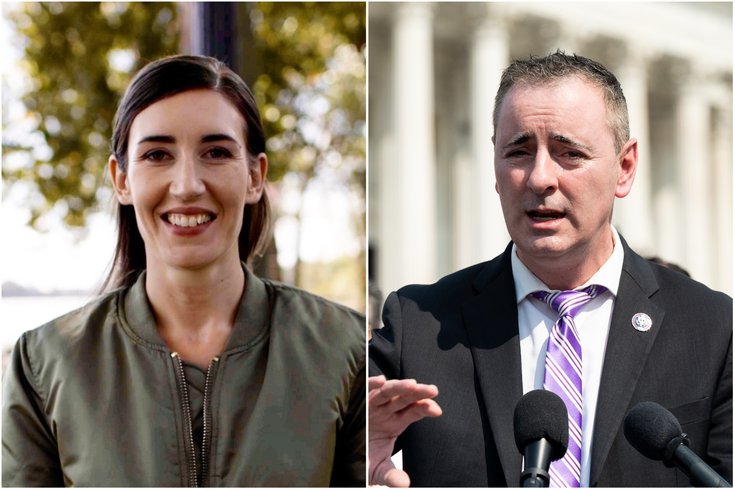 Republican Brian Fitzpatrick has won a third term in the U.S. House as the congressman for Pennsylvania's 1st District. He defeated Democrat Ashley Ehasz.

The Associated Press called the race for Fitzpatrick at 1:57 a.m. With nearly 87% of expected ballots counted, Fitzpatrick lead with 55.97% of the vote to Ehasz's 44.03%. Election results are unofficial until certified by the Pennsylvania secretary of state later this month.

The 1st District represents all of Bucks County and a small group of communities just over the border in Montgomery County.

Through his first two terms, Fitzpatrick has been the most bipartisan member of the U.S. House, according to the Lugar Center's Bipartisan Index. Prior to joining Congress, Fitzpatrick was an FBI special agent targeting political corruption and international counterterrorism and counterintelligence. His work spanned 14 years and brought him to Iraq, where he was embedded with U.S. Special Forces.

Ehasz is a U.S. Army veteran who attended the U.S. Military Academy at West Point and went on to serve as a helicopter pilot during deployments in Kuwait, Iraq and South Korea.

Ehasz had positioned herself as the abortion rights candidate in the race, in contrast to Fitzpatrick, who has supported abortion restrictions in the past and voted against the Women's Health Protection Act in 2021.

Fitzpatrick previously defended his seat against Christina Finello in 2020 and multimillionaire Scott Wallace in 2018. He beat out Pennsylvania General Assembly member Steve Santarsiero for his first term.