By Pat Ralph
PhillyVoice Staff
Business Mitchell and Ness
from 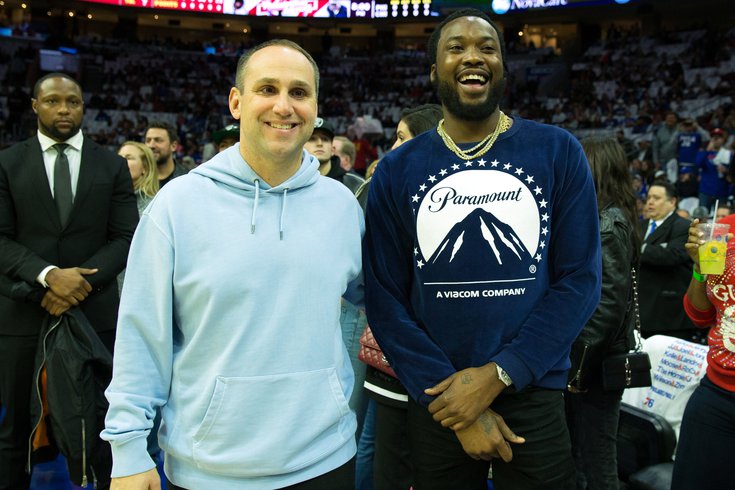 The Sixers co-owner's sports merchandise company and a team of celebrity investors have acquired vintage sports clothing brand Mitchell & Ness for $250 million, according to the New York Times.

The celebrity group includes rappers Meek Mill, Jay-Z and Lil Baby, businessman Maverick Carter and social media influencers the D'Amelio family. Fanatics will own 75% of the company, while the other investors will combine to own 25%.

Mitchell & Ness will continue to operate as a separate brand within Fanatics' commerce division. All 132 Mitchell & Ness employees, including those based in its home city of Philadelphia, are expected to be retained.

"Mitchell & Ness is an iconic brand and pioneer within our industry. I’m incredibly excited for Fanatics to partner with this incredible group of innovative owners to build upon the company’s already strong business that has kept the brand culturally relevant for more than 100 years," Rubin said in a statement provided to Billboard. "Growing up as a kid in Philadelphia, we looked at Mitchell & Ness as a badge of pride, and I truly believe this legendary brand has no limit."

Mitchell & Ness was founded in 1904 by Frank Mitchell and Charles Ness and had its first retail store on Arch Street. The company began as a sports equipment manufacturer stringing tennis racquets and creating custom golf clubs.

By 1925, Mitchell & Ness expanded into making uniforms for high school, college and semi-pro teams in Philly and the surrounding area.

The company began making on-field jerseys for the Eagles when the franchise was founded in 1933 and continued to do so through 1963. By 1938, the company expanded into professional baseball and started making Philadelphia Athletics and Phillies uniforms.

Mitchell & Ness then pivoted to creating vintage sports jerseys and apparel in the 1980s. Along with its authentic throwback uniforms, the brand has become synonymous with street fashion and hats. The company has apparel deals with the NBA, NFL, MLB, MLS and a number of NCAA schools.

The business was purchased by Adidas in 2007, which it later sold to Juggernaut Capital Partners in 2016 for about $50 million, according to the New York Post.

Mitchell & Ness has seen its revenue triple since Juggernaut's purchase. The company had $350 million in revenue last year, with $70 million in profit.

CEO Kevin Wulff told the Philadelphia Business Journal last year that the company has been looking to expand its brick-and-mortar locations in the U.S. and around the globe. The flagship retail store currently sits along Walnut Street in Center City.

Fanatics' deal to acquire Mitchell & Ness comes as the sports apparel giant continues to rapidly expand. The company purchased Topps trading cards last month after inking a number of exclusive, billion-dollar deals with the MLB, NBA and NFL last year to become the dominant brand in the sports card market.

Fanatics purchased sportswear retailer and manufacturer Majestic Athletic in 2017 as Rubin's company became an exclusive distributor of MLB apparel. It now operates the e-commerce websites for the NBA, NFL, MLB and other major professional sports leagues.

Rubin and Jay-Z, a Fanatics investor himself, have also partnered to form Fanatics Sportsbook and push the brand into the sports betting market. Rubin, Meek Mill and Jay-Z started the REFORM Alliance, a nonprofit criminal justice reform organization that focuses on addressing parole and probation laws.

Founded in 1995 as a brick-and-mortar store in Jacksonville, Florida, Fanatics was most recently valued at $18 billion.