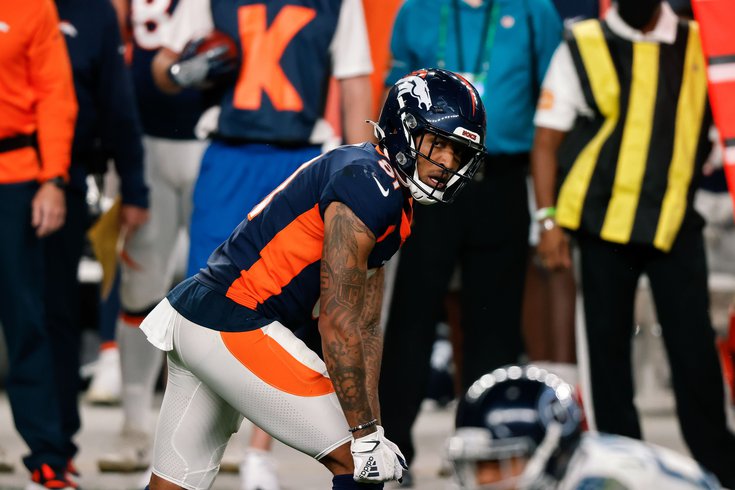 Did you survive Week 4?

Whether COVID wrecked your roster, or injuries did, there is once again ample opportunity to improve your fantasy roster heading into Week 5 by making a key pick up on waivers. As we do every week, we've highlighted a handful of players at each position that are worth emptying some of your FAAB for.

Keep in mind we have scheduled bye weeks in Week 5 — as opposed to a pair of unscheduled ones in Week 4. The Lions and Packers will be sitting out this week. Set your rosters accordingly.

Some players to target:

Here are the stats for Herbert in his three NFL starts:

He's a rookie who is owned in just under 12% of ESPN leagues. The turnovers are an issue, but he does run a bit — he ran for a TD in Week 2 and has eight total carries. The ball security will come. If you're looking perhaps to steal a keeper for next year, or a very serviceable backup QB, this is the time to nab Herbert.

If you were effected by the unfortunate multi-week injury to Nick Chubb, perhaps there is a remedy out there. Yes we know, there is little chance the former AFF running back Johnson fills the void completely, but in Sunday's win over the Cowboys, Johnson ran for 95 yards and out-touched Kareem Hunt. It seems possible that Johnson could play the Hunt role to Hunt's Chubb in the Cleveland offense. He's more than worth a flier on waivers.

Here's the promising thing about Patrick. The 26-year-old journeyman undrafted free agent has been getting targets all season, averaging over five per game. In the last two, with the Broncos missing key wideout Courtland Sutton, he caught a touchdown pass in each game and tallied 116 yards in Week 4. Against the Patriots next week, Patrick could be another reliable source for at least some kind of production in the Denver offense.

Tonyan would be a luxury pick up this week. We know he's on a bye, as we said at the top, but after catching three touchdown passes on Monday night and netting 30 fantasy points, it looks like Aaron Rodgers could have a favorite tight end target. Tonyan looked great and was able to get open consistently in Week 4. If you have room for a bye week player on your roster, grab Tonyan at a discount this week off the waiver wire.