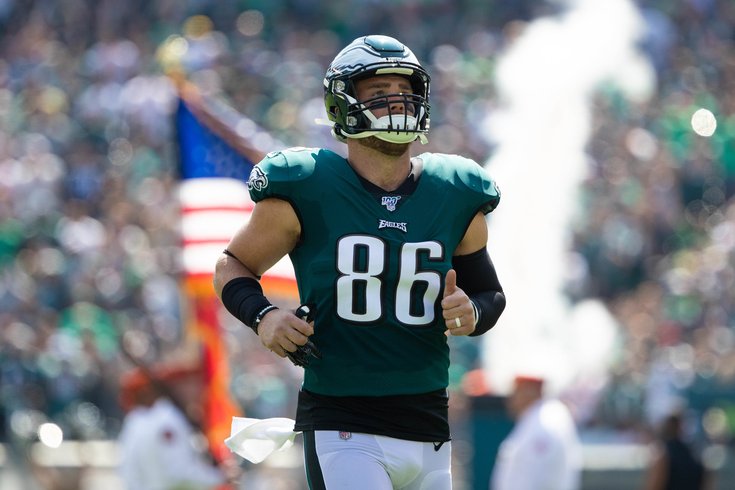 Well, we're here to help. We've scoured the NFL's injury reports to bring you the latest news on all the players who may or may not suit up in this week, and if any of them are on your roster, it's time to pay attention. First, let's take a look at all the players who have already been ruled out this weekend.

Those players are obviously in addition to other players who have already been out for a few weeks. Now, let's take a look at some players whose status is still up in the air heading into this weekend's matchup. (Unless otherwise noted, all the below players have been listed as "questionable" for Week 13.)

QB Kyler Murray, Cardinals: Murray was a late addition to the Cardinals injury report this week with a hamstring injury. He'll be questionable for Sunday's game against the Rams, according to the team's official injury report. On the bright side, Murray was a full participant in practice despite the injury designation, which is a good sign for his status on Sunday, however, given that he's such a mobile quarterback, a hamstring injury could hurt him more than most if he isn't able to move around as much as usual.

WR Adam Thielen, Vikings: Like Murray, Thielen is suffering from a hamstring injury, one that has plagued him for a few weeks now. Thielen essentially hasn't played since Week 7 — he tried to return in Week 9 but left after being targeted just once — but has a chance to go on Sunday night. Thielen told reporters that everything has gone to plan in his rehab, but he's still unsure if he'll be able to go on Monday night against Seattle. Because his game is so late, it's basically a lost cause, as you'll likely have to start someone in Thielen's spot before knowing whether or not he'll be able to go. That's unfortunate.

TE Zach Ertz, Eagles: Let's stick with the hamstring injuries for a second. Ertz was a surprise addition to the Eagles injury report this week when he popped up on Wednesday with a hammy. The semi-good news here is that Ertz has improved as the week went on and was able to be a limited participant in practice on Friday. The Birds really need Ertz out there — yes, even against the lowly Dolphins — and so do his fantasy owners, as he's turned it on over the last two weeks with so many of Carson Wentz' receivers sidelined. Unfortunately, it's not looking good as the Eagles activated TE Josh Perkins from the practice squad on Saturday. That could just be a precaution, but it's more likely a sign that Ertz is closer to not playing than he is to playing.

RB Jordan Howard, Eagles: Meanwhile, it's looking like the Eagles will be without Howard (shoulder) yet again, as he was a limited participant in practice all week with a stinger. He still hasn't been cleared for contact — and hasn't absorbed any in nearly a month at this point — so it's safe to be that he'll be sidelined for Sunday's game in Miami. Miles Sanders will still get the bulk of the carries, but Jay Ajayi could have a nice game against his former team, especially if the Birds build a big lead and don't want to overwork their rookie.

[UPDATE: Jordan Howard has officially been ruled out. If this seems like a long time for a "stinger," that's because it is.]

WRs Alshon Jeffery and Nelson Agholor, Eagles: Neither Jeffery (ankle) nor Agholor (knee) should up on the Eagles injury report as both were full participants in Friday's practice after being limited much of the week. It's looking like Carson Wentz will be getting his top two wide receivers (not named DeSean Jackson) back against Miami.

RB James Conner, Steelers: Conner (shoulder) is the only player on our list with a "Doubtful" designation heading into Sunday's games, meaning it would be a surprise if the running back was able to go against the Browns.

WR Tyler Lockett, Seahawks: Lockett (shin/illness) was a surprise addition to Seattle's injury report on Friday as he did not practice with an illness. We'll know more about his status on Saturday since they have one more injury report to release before Monday night's game, but the expectation is that Lockett will be able to suit up against the Vikings.

WRs Mohamed Sanu Sr., Phillip Dorsett II and Julian Edelman, Patriots: This trio of Patriots receivers should be put into two separate categories. First, there's Sanu (ankle) and Dorsett (concussion), who are both recovering from actual injuries and are both rightfully listed as questionable. It looks like both are likely going to play after missing last week's win over Dallas. Then there's Edelman, who pops up on the injury report every week, and then he winds up playing every week. With all three receivers likely to be out there Sunday against the Texans, that's good news for Tom Brady owners.

RB Matt Breida, 49ers: Tevin Coleman has established himself as the RB1 in San Francisco, but Breida (ankle) should be back out on the field on Sunday despite being limited in practice this week, so it will be interesting to see what kind of work he gets against the Ravens. If nothing else, his return means Raheem Mostert is no longer worth rostering.

TE Jacob Hollister, Seahawks: Hollister (toe) was a hot pickup last week in fantasy but then had a quiet game against the Eagles and wound up hurting his toe. Both he and Luke Wilson are listed as questionable for Seattle this week. Hollister was at least limited in Friday's practice, so that's a good sign.