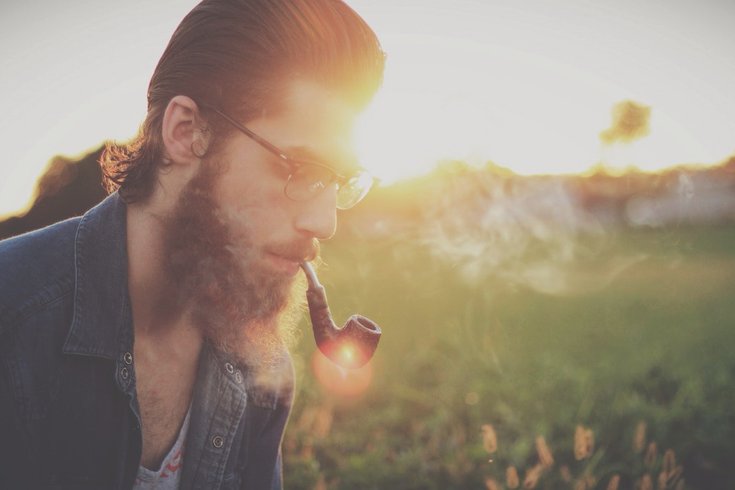 A new study shows that a father's smoking may impact his children and grandchildren.

We know that a mother’s health and practices during pregnancy have a large impact on their baby’s health — you’ve seen the “a healthy baby starts with a healthy Mom” signs in bars — but a new study suggests that the father’s healthy (or unhealthy) behaviors may directly affect the child as well.

A study out of Florida State University in Tallahassee published findings yesterday in the "PLOS Biology" journal that a father’s exposure to nicotine may cause cognitive deficits in his children, and maybe even his grandchildren. You may be thinking duh!, but these deficits are not stemming from a second-hand smoke situation; rather it’s likely due to changes in “key genes” in the father’s sperm, Science Daily reports.

Since the health impact of a father has been historically unclear, researchers at Florida State aimed to nail down the impact in their research. To do so, researchers exposed male mice to a low-dose of nicotine in their drinking water during the sperm-producing time of their life.

Analysis of the initially nicotine-exposed males sperm suggests that “promoter regions” of many genes had been genetically modified. That included the dopamine D2 gene, which is critical for brain development and learning, providing reasoning that these changes are likely at fault for the cognitive issues in offspring.

According to the World Health Organization, about 40 percent of men smoke cigarettes globally, while only about nine percent of women do. With this in mind, there certainly needs to be further research — ideally on humans — about the effect a father’s smoking habits has on his children, instead of a solitary focus on the health impacts of a mother smoking while pregnant.