Federal Donuts opening restaurant with a cause

Location announced for Rooster Soup Co., where all profits will go to charity 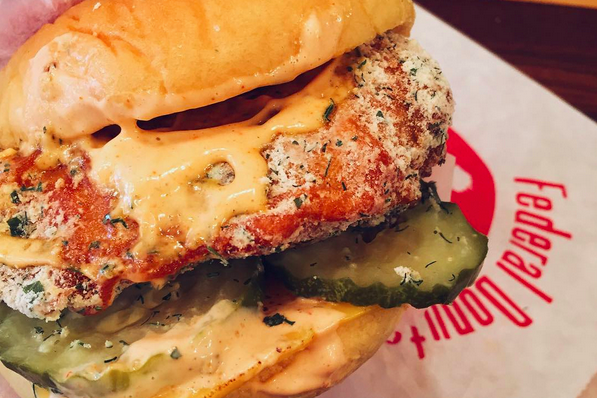 In a virtuous cycle, leftover chicken from Federal Donuts will be made into chicken soup, the soup will be sold, and the funds will go to a soup kitchen.

The culinary masters behind Federal Donuts are opening a new restaurant with a cause.

Following a successful Kickstarter campaign in July 2014 that raised almost $180,000, Federal Donuts and Broad Street Ministry announced that they have found a home in Center City for Rooster Soup Co., a restaurant devoted to fighting hunger for more than just its customers.

One hundred percent of the restaurant's profits will go to the Broad Street Hospitality Collaborative, which feeds more than 1,200 needy people every day.

Rooster Soup Co. announced on its website that it signed a lease for 1526 Sansom Street, one block away from FedNuts Center City. The opening date has not yet been set.

Describing itself as a "casual American luncheonette," the restaurant will have a full bar and serve salads, sandwiches and, of course, soups. Here's a sample of soups from the rotating menu: matzo ball, Hungarian goulash, mushroom barley, borscht and a vegetarian Yemenite-style curry.

The stock for the nonvegetarian soups will come from the 1,000 pounds of chicken bones and backs leftover every week when Federal Donuts makes its famous fried chicken.

Are you hungry yet? Here are some more items from the menu:

The restaurant, located in the former site of Sansom Street Kabob House, will be around 1,400 square feet in size and will likely be open 11 a.m. to 11 p.m. seven days a week.

If you want to support the restaurant Donations are still being accepted here. The restaurant is also encouraging supporters to volunteer at the Hospitality Collaborative.