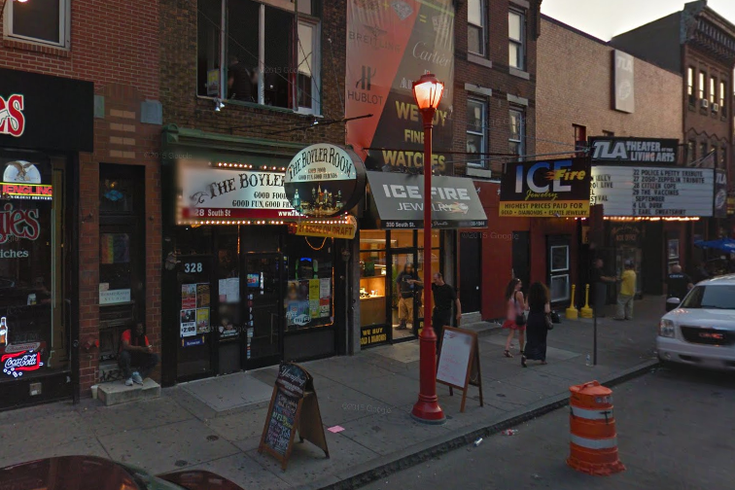 The owner of The Boyler Room on South Street has pleaded guilty to defrauding clients of more than $400,000 in an investment scam, prosecutors announced.

Federal officials charged a Bala Cynwyd man on Thursday with allegedly stealing more than $400,000 from elderly victims in an investment scam, then using the proceeds to purchase a bar on South Street in Philadelphia.

William Joseph Boyle, 47, was indicted on five counts of mail fraud, three counts of wire fraud, one count of securities fraud and one count of investment adviser fraud after promising to invest funds primarily from elderly clients in stocks and other investments, according to law enforcement officials.

Instead, prosecutors allege, Boyle used the funds for personal items and to acquire a liquor license and buy, renovate and operate the The Blarney South Bar and Grille at 328 South St., which he renamed the "The Boyler Room." Boyle also gave client money to his wife and ex-wife and used it to pay his children’s Catholic school tuition, according to the indictment.

U.S. Attorney Zane David Memeger announced the charges, saying that Boyle, a stockbroker and investment adviser, defrauded clients of more than $400,000 after convincing them to invest with him and promising to invest their money in stocks, Pennsylvania municipal bonds, interest-bearing investments and real estate.

Law enforcement officials allege that Boyle also used some of the client funds to make payments to earlier clients to make his victims believe that their investments were safe and profitable.

Boyle continued to scam victims as a stockbroker and investment adviser even after his licenses were suspended and after he was permanently barred from working as a stockbroker, prosecutors said.