Nerlens Noel has the reputation of a disruptive defensive force, but the Sixers have actually defended a bit worse in his 350 minutes this season than when he’s off the court. More than anything, the takeaway should probably be this: Joel Embiid is already an awfully good two-way player.

Such an obvious conclusion makes last week’s back-to-back wins over the Milwaukee Bucks and Los Angeles Clippers, sans Embiid, even more impressive. The Sixers won without their star by playing great offense, posting 124.9 and 113.3 offensive ratings per ESPN. For the Sixers, who sport the league’s worst offense, this was two of their best performances on the season.

A major part of the reason for that is the play of Noel and fellow big man Richaun Holmes. Specifically, we’re talking about their ability to roll to the rim out of a pick-and-roll.

“When you put your coaching hat on, watch who guards the roller,” Brett Brown said. “There are teams in the NBA that will come from the weak-side corner and tag [help off on] that guy. There are teams that are scared to death to leave that corner, to give up the corner three, and the roller is defender by the center and the guy guarding the ball, like a 2-on-2 thing.”

Let’s take Brown’s advice and focus on James Harden this play. He’s the weak-side wing that Brown is talking about. The Sixers are going to run one of their favorite plays, which involves just a simple dribble handoff where Sergio Rodriguez and Ersan Ilyasova switch places (something close to a “Pistol” action). 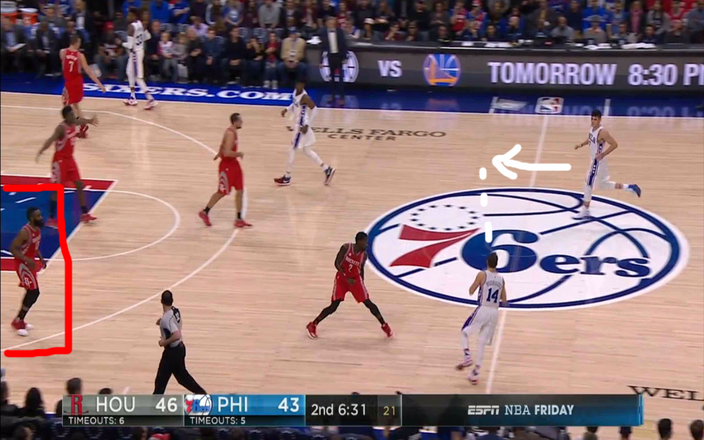 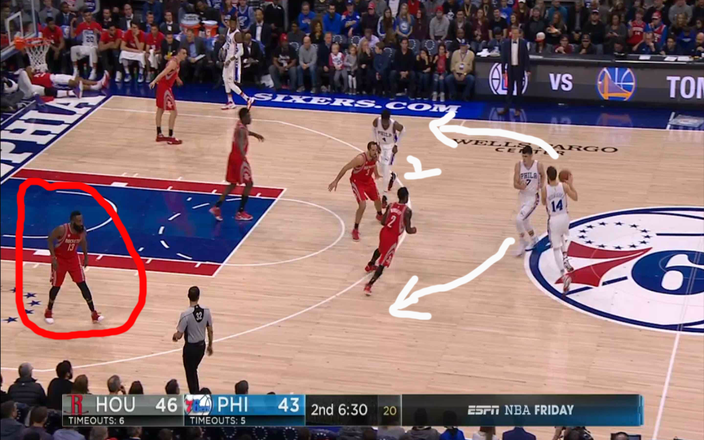 Earlier in the year, the Sixers had Nik Stauskas as the off guard in this set-up. But with Ilyasova’s ability to make threes, Brown can station Sauce Castillo in the corner and force a notoriously lazy defender (one that has to shoulder a huge offensive burden) in Harden to make a decision.

The play is for Noel to set a simple high ball screen for Rodriguez, and as he often does, Nerlens slips and runs straight for the rim. With Clint Capela (Noel’s defender) still corralling the screen, Harden has to come over and “tag” Noel’s roll. 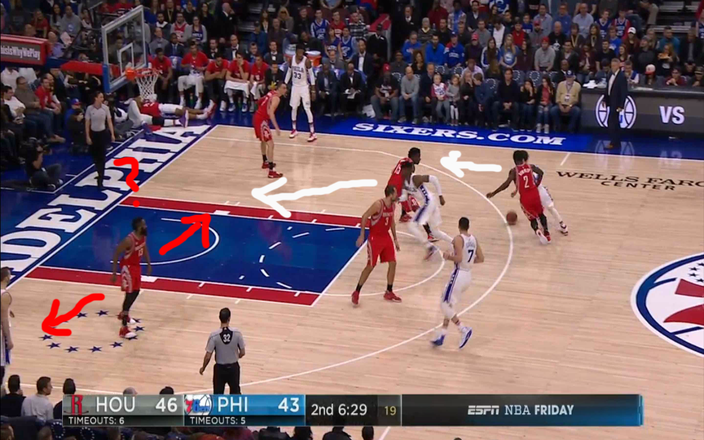 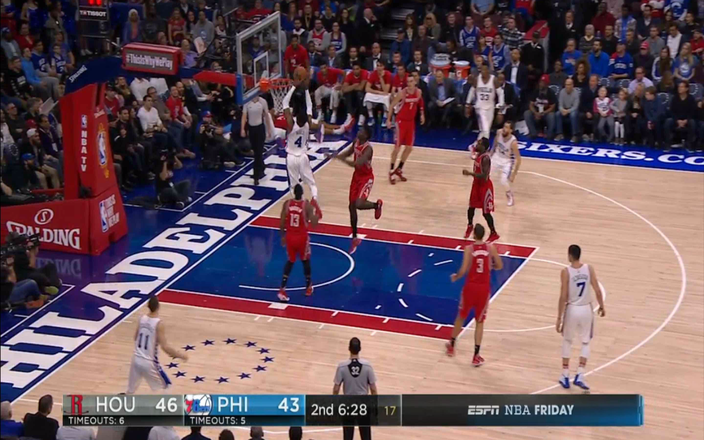 As incredible as Embiid is, he doesn’t bring this dimension to the Sixers offense. Noel and Holmes are excellent above the rim finishers and a bit more explosive in tight spaces than “The Process.”

“Nerlens and Richaun roll for lobs,” Brown said with a smile.

According to Brown, fewer teams are sending help from the weak-side corner than in the past because they are afraid of giving up the juicy corner three. But watch what the Bucks did on this play. Tony Snell, the weak-side wing, tags Holmes and Greg Monroe takes the corner man (Saric), leaving Timothé Luwawu-Cabarrot wide open. 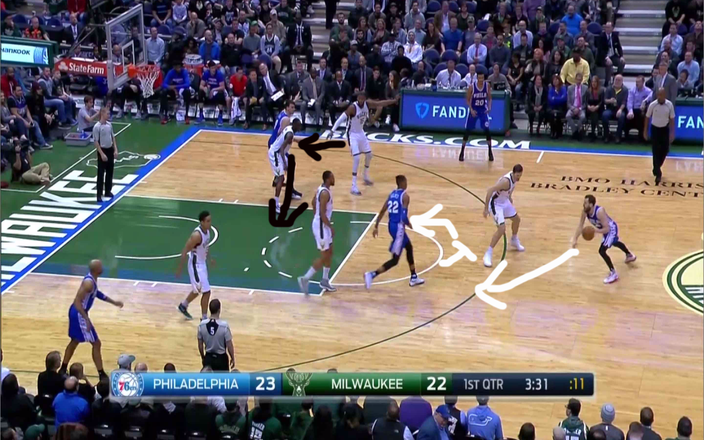 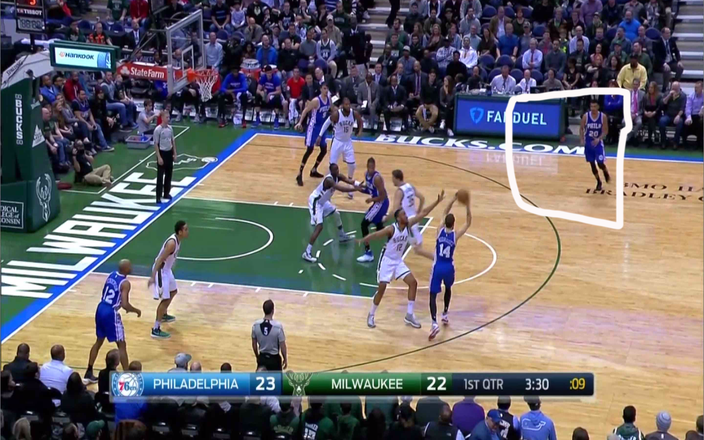 Saric ends up missing the wide-open corner three, but this all starts with Holmes’ roll. Brown says the Sixers call these types of plays “roll assists.”

On this next play, DeAndre Jordan is screaming ICE. This is what Brown was talking about with teams afraid to leave the corner and then a two-man game breaking out in the middle of the floor. Heck, Harden destroyed the Sixers on this coverage the other night.

On this play, Holmes does a nice job of recognizing that Jordan is hanging back, flipping the screen, and freeing McConnell for an open pull-up jumper in the lane.

“I think that’s an offense in itself,” Noel said. “Guys are tagging because I’m using my athleticism to roll as hard as I can, opening up different shots for guys. Whether or not the ball is coming to me, it gets open shots and the offensive flow going.”

He’s right. Noel is an underrated passer, but I don’t think his offensive skill level is necessarily a major strength. That doesn’t matter as much when he (and Holmes) can use the very real threat of catching lobs at the rim to consistently force defenses into tough decisions.