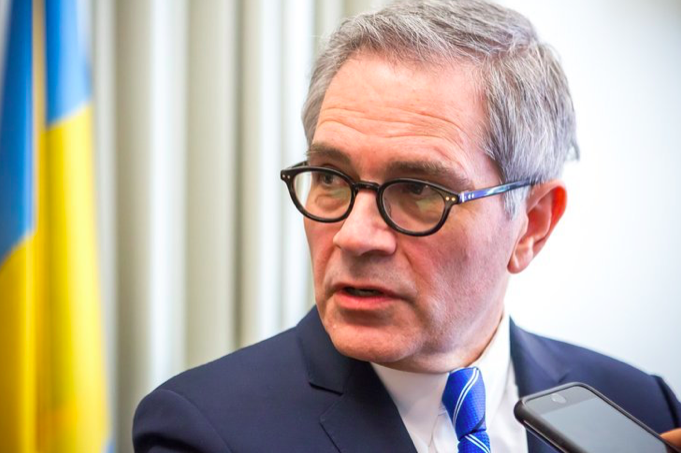 "You don’t get to call yourself a ‘vigilante’ when you are just committing crimes," Philadelphia District Attorney Larry Krasner says.

A 36-year-old man has been charged in an alleged assault on a WHYY journalist who was documenting a group of armed vigilante residents in Fishtown during a protest earlier this month, Philadelphia District Attorney Larry Krasner said.

Amid peaceful protests for George Floyd and a surge of looting incidents around Philadelphia, a group of Fishtown residents surrounded the area of the 26th police district on June 1, claiming to defend their neighborhood. Many of them were armed with bats, clubs and other blunt objects.

Despite numerous complaints to police and reports of intimidation, authorities did not take action against the vigilantes.

When a group of anti-racism protesters assembled opposite the vigilantes in the area of Girard and Frankford avenues, police stood facing the protesters rather than the armed group.

As the night's 6 p.m. curfew approached, police attempted to disperse the two groups. At some point during this period, WHYY producer Jon Ehrens, who was off-duty, allegedly was attacked by Graf.

Ehrens had been filming interactions between the vigilantes and the protesters. Graf allegedly followed Ehrens and asked him several times why he was filming the scene, District Attorney Larry Krasner said. That interaction was captured on video.

Surveillance video from the area shows Graf following Ehrens as he moved through a crowd, Krasner said. Further video evidence shows Graf pointing at Ehrens before motioning two times to a group of individuals to follow him.

During the altercation that ensued, Ehrens was punched multiple times while on the ground. He suffered a broken nose, fractured maxilla and other injuries. The woman, who attempted to intervene, was shoved into a trash can and suffered minor bruising, prosecutors said.

No arrests were made at the scene, despite a large police presence in the area, Krasner pointed out.

"You don’t get to call yourself a ‘vigilante’ when you are just committing crimes," Krasner said. "You don’t get to say you are defending, when you are initiating violence. I want to thank all of the brave Philadelphians who have come forward in recent weeks to share photo and video evidence with my Special Investigations Unit. We know there are more perpetrators of violence to be identified and brought in. Keep it coming."

Philadelphia Mayor Jim Kenney and Police Commissioner Danielle Outlaw have condemned the vigilantism that has emerged among some residents during protests this month, including those in Fishtown and at Marconi Plaza in South Philadelphia.

Earlier this week, Krasner announced charges against a 58-year-old man who allegedly punched a Black photographer at the plaza on Tuesday night.

Police have launched an Internal Affairs investigation into the conduct of the 26th District during the Fishtown protests, which continued for several days.

To date, no disciplinary action has been taken against against any members of law enforcement in Fishtown.