Five questions for the owner of Philly's only blow dry bar 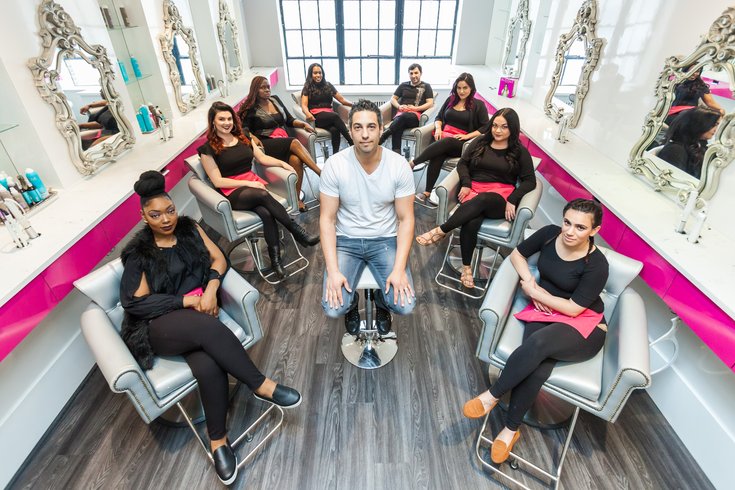 Shenkar formerly owned a financial firm in Miami but took notice, circa 2012, that more and more women were headed to blow dry bars -- or salons that strictly offer blowout services -- not just in Miami, but parts of Los Angeles and New York as well. Naturally, when he came to Philly and realized not a single blow dry bar was to be found, he saw an opportunity — if only for a sort of pet project.

Here, Shenkar talks blowout demographics, pricing and what's next for his "bar."

Who’s the average person who walks through your door?

I’ll tell you, we actually don’t have a demographic. If you’re a woman with hair, you're our demographic. We open at 7 a.m., which means first thing in the morning we get a lot of professional women coming in before work, before they give presentations. Later, at lunch, we get another wave of professional women taking a break from work to relax a bit — to pamper themselves. Later during the day, we get a lot of the college crowd. During evenings, we get millennials coming through ready to go out for the night.

So, we pretty much have everybody. Our typical regular who will come three times a week is a woman in her mid-40s and 50s, who's still a professional woman, still busy. We also have a ton of realtors; they constantly need to be presentable. They show a lot of homes, meet with a lot of clients. We have a lot of retail clients in the business of selling something.

When someone gets a blowout, how long does that last and how do you preserve it?

A blowout can last up to a week, or even longer, depending on how you maintain it. We actually have clients who go longer than a week. Obviously, circumstances, like whether you're outside and what you're doing, whether you’re going to the gym or taking care of the blowout [has an impact]. But typically three or five days. You can extend it longer, or it will last less if you’re going straight to the gym and hopping in the shower. Those factors determine that. 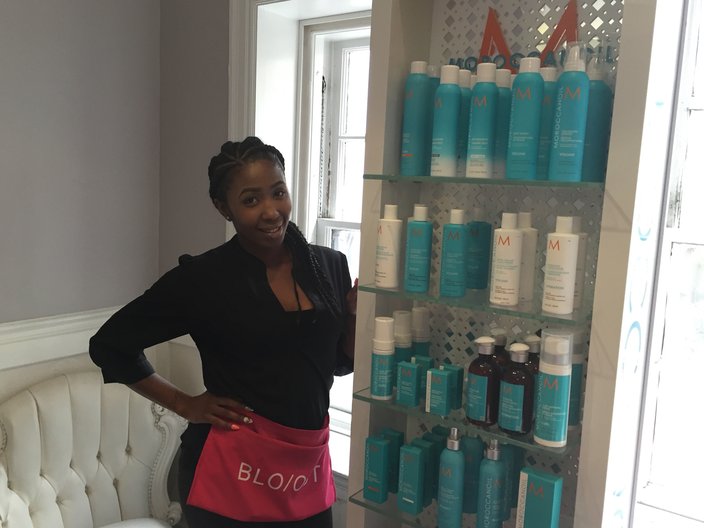 People wonder why blowouts can be so expensive. How do you answer that?

We don’t feel $40 is an expensive amount to pay for the feeling and the end result. As a man, I can’t relate to it, but the closest I can get to it is I get a haircut every two or three weeks, and every time I get it, right away I feel like I look better, I look thinner, I look younger — I’m just happier in general. That’s the only feeling I can [relate to] that can kind of be similar to a woman. Women have much more of a pampering experience, between the shampoo, the scalp massage, the brushing of the hair, the attention while being styled — and a lot of them are sitting with their eyes closed, relaxing. Forty dollars is less than a typical salon charges for the blow dry service. Your average salon will charge between $55 and $60 for a blow dry, and it's the same as we provide if not worse.

Do you ever have men come in?

We have maybe two or three. Long hair. I actually had a guy who only had hair around the crown of his head and had extensions in it — an older gentleman. Very strange. But we’ll get it done. We don’t say no.

Any plans to expand?

We’re working on franchising right now. We have a ton of interest in franchising. We’re going to start doing that in the next six months. We’re currently considering — it's in the works — a partnership and location on the Main Line. We’ve also expanded into manufacturing our own hair extensions. There was a gap in the market to find a really good-quality hair extension that’s not crazy expensive for our clients. So we decided to go out and manufacture it. Our clients are loving it. Those are the plans.