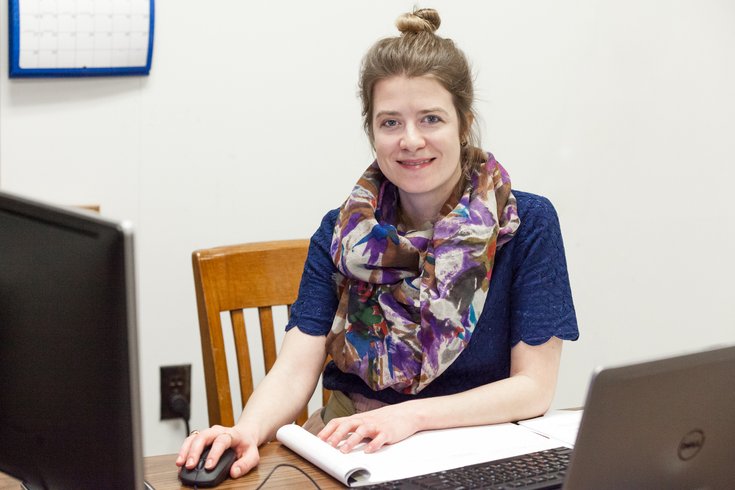 Stephanie Waters, Digital Director for the City of Philadelphia.

Even before he was elected mayor, Jim Kenney was known for his social media prowess. His candid online personality showed off a set of skills both crucial to today's digital age and important to Philadelphia constituents. That's why it was no surprise that once elected Mayor Kenney named his digital campaign director Stephanie Waters, the muscle behind his online presence, the city's first Digital Director.

From her post in City Hall, Waters aims to use technology to create as many bridges between the city government and the community as possible. That means everything from tweeting from the Mayor's accounts (more on that below) to coordinating with other offices to ensure the best information is online, adapted for individual platforms.

We caught up with Waters after one of the city's biggest social media successes - the Blizzard of 2016 - to chat about her new role and her favorite emoji.

What’s the biggest challenge you face in your new role?
Adjusting to the pace, because campaigns are month-long sprints. Government is more like a years-long marathon.

Mayor Kenney is known for his candid social media presence – is it really him behind the handle(s)?
Definitely! But not just him. I’ve gotten calls or texts or office walk-ins asking me to tweet something. And I’ve done the same. And then sometimes he just tweets. Right now we’re trying to figure out what makes the most sense so he can keep his accounts separate but still have access to them both.

How does improving the city government’s digital presence help Philadelphians?
So many never-ending ways. To truly deliver efficient and effective government services, you have to go where the people are and a lot of people are on social media (surprise!). You also find out information from constituents in a much different way – you don’t just hear there is a pothole over the phone, you see a picture of a really bad pothole. And that can help us do our job better.

Who are some of your favorite people/accounts to follow on social media?
[Chief Official White House Photographer] PeteSouza and urphillypal on Instagram, Christopher Ingraham and [Director of Emergency Management] @SamPhillipsPHL and of course [Chief of SEPTA Transit Police] Officer Nestel on Twitter. Facebook: my grandma (seriously, that’s not a statement on who is using Facebook), and on Snapchat, it is probably just my friends, though I follow a bunch of political ones to see how they’re using it.

What is your favorite emoji?
Honestly, I looked at my most recently ones and cat heart eyes, full-on sobbing, red wine, and thumbs up are most frequently used. I’ll let you interpret that as you want. Now, if we’re talking about Snapchat--you know how you can expand the emoji so they’re crazy large?—I enjoy making that medal/award one really large and hanging that medal around people’s neck.