Singer and actress to appear at Merriam Theater 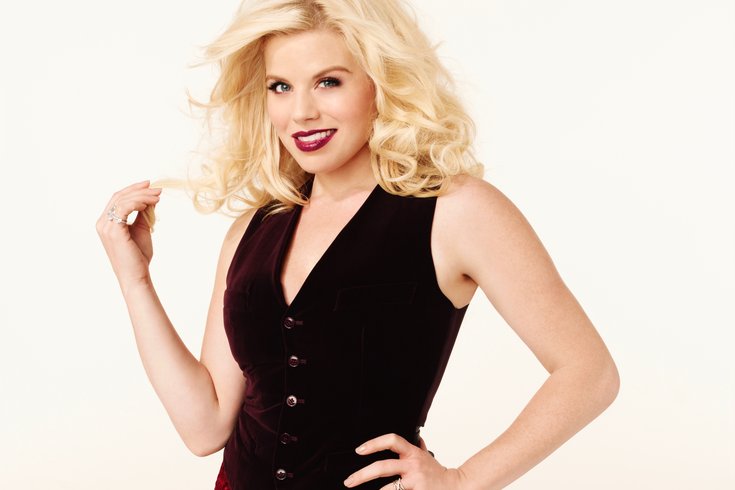 Megan Hilty, who will appear at the Merriam Theater on Tuesday, May 17.

Though many will remember actress and singer Megan Hilty from her days on NBC's "Smash," she's also carved out quite an audience for herself outside the NBC musical drama: She's guest-starred on countless network shows (including the recent "The Good Wife" series finale), followed in the footsteps of Kristin Chenoweth as Glinda in "Wicked" and earned her first Tony Award nomination earlier this month for her lead role in the Broadway revival of the farce play "Noises Off."

On May 17, 35-year-old Hilty will swing by the Merriam Theater for a one-off performance with Seth Rudetsky — an interview-style show with songs from "Smash," musical theater and the American songbook. Below, she talks guest-starring in some of primetime TV's most recognized shows, what she plans to do while she's in Philly and what she's working on next.

You were nominated for a Tony for your performance in 'Noises Off.' Kind of a big deal. What were you doing when you heard the news, and how are you feeling about it?

Yeah, it's kind of the biggest deal! My husband was able to watch the announcement live, but I was being screamed at by a 1-year-old — my daughter — on the other end of our apartment. It was very glamorous!  I think it's going to take a minute to sink in. I've wanted this my whole life and I'm over the moon now that it's finally a reality.

I was admittedly giddy to see you guest-starred in a few episodes of ‘Desperate Housewives.’ How did it feel to hold those scissors up to Eva Longoria’s gorgeous hair?

Wow! That was quite some time ago — but, I remember being absolutely terrified having to hold up that giant pair of scissors near her head/face/hair. I also remember there were paparazzi everywhere, so I just knew that I was going to accidentally stab Eva Longoria and it was going to be all over the papers the next day.

Luckily, none of that happened and everyone was fine.

Have any plans while you’re in Philadelphia? Where do you normally go when you’re here?

My friend Rob McClure lives in Philly, and while we were working together on 'Noises Off,' he would bring us donuts from Federal Donuts (I'm told I need to get a chicken sandwich there, too) and pretzels from the Philly Pretzel Factory. I couldn't get enough of them, so I will definitely be visiting while I'm in town!

How does it feel to play the character who — other than Alicia, of course — is partly responsible for destroying Diane Lockhart’s happy ending in the final episode of 'The Good Wife'?

Oh, dear. I had no idea that's what my character was going to end up doing! And honestly, since I was playing a ballistics expert, I was more concerned with remembering my lines than the actions of my character.

Anything you’d like to offer up about what you’re working on next?

I'm doing a lot of concerts — we even have an Australian tour coming up in June. I also have a new album that released this month, called 'Megan Hilty Live at the Cafe Carlyle.' And I’m doing a recurring role on a new CBS series [by 'The Good Wife' creators Robert and Michelle King] called 'BrainDead,' which will be out this summer.