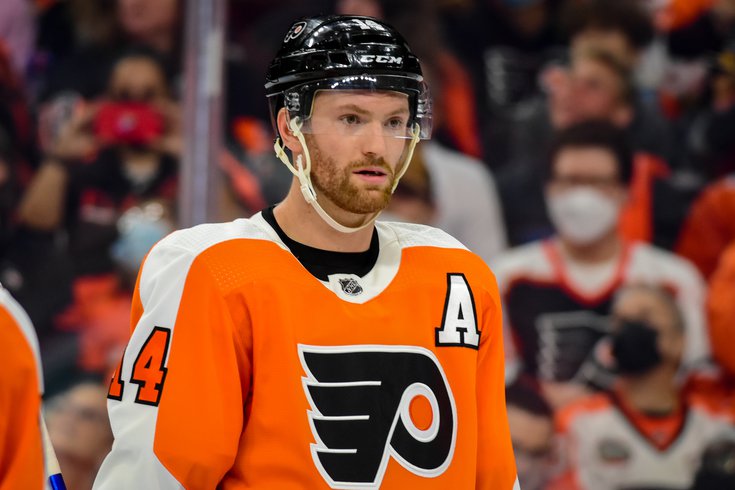 The NHL season inches closer, but as far as excitement for the Flyers goes, it feels like you really have to dig to find any.

Training camp is in full swing out in Voorhees and John Tortorella is skating the players like hell as he said he would. The team is a handful of preseason games in, but expectations seem pretty tempered, especially in light of Sean Couturier's status with his back.

Expectations seem pretty tempered, even from the team itself, as Fletcher came into camp stressing opportunities for younger players and Tortorella emphasized getting the organization "back on the rails."

Couturier re-injured his back right before training camp and the Flyers had him listed as week-to-week.

On the opening day of camp last Thursday, general manager Chuck Fletcher said the 29-year old center was seeking a second opinion and that the team would come up with a plan of attack from there.

On Wednesday, the club announced that Couturier would not need surgery, which on its surface should be good news, but he still has that week-to-week which doesn't make his timeline to return any clearer.

Couturier is the team's No. 1 center, but he dealt with injury issues all last season before back surgery shut him down for good in February.

Ahead of camp, he met with the media and said he was healthy, that his back shouldn't cause any more problems, and that he would be out looking for a bounce-back season. That idea, unfortunately, seems to have fallen part quick.

"Over the course of the summer he was improving, but from time to time he had some nerve irritation in his glutes," Fletcher said last Thursday at camp. "He was told it was a normal part of the process, continued to train, and at some point, over the last week things deteriorated. It got to the point that he was not sleeping as well and was experiencing some pain. What triggered that I don’t know, there’s a whole host of components that impact your back. We’ll try to get to the bottom of it and we’ll do what’s best for Sean."

The Flyers were plagued by injuries all of last season and the bad luck followed them well into the summer. Defenseman Ryan Ellis in particular, who was supposed to be Ivan Provorov's partner on the top defensive pairing, didn't make enough progress in his rehab from his "multi-layered" series of lower-body injuries and isn't skating. Fletcher said he's assuming he won't play at all this season.

Tortorella called into 97.5 The Fanatic's "The Best Show Ever?" on Wednesday afternoon and reiterated on a number of topics that have surrounded the Flyers the past few months.

He re-emphasized his love for Philly coming in as a visiting coach, locker room concerns, and the desire to get things "back on rails." He also talked about where things are at as far as naming the next captain.

He said before that he was in no rush to find one, and things don't seem to have changed all that much.

"I don't know if it's in the room right now," Tortorella told the show. "I am in no rush to name a captain. I don't think that's going to happen in the very near future here.

Tortorella also talked about his charity efforts with animals through the John and Christine Tortorella Family Foundation and the Flyers' new partnership with the PSCPCA and PAWS, which you can learn more about HERE.

Check out the full interview below: