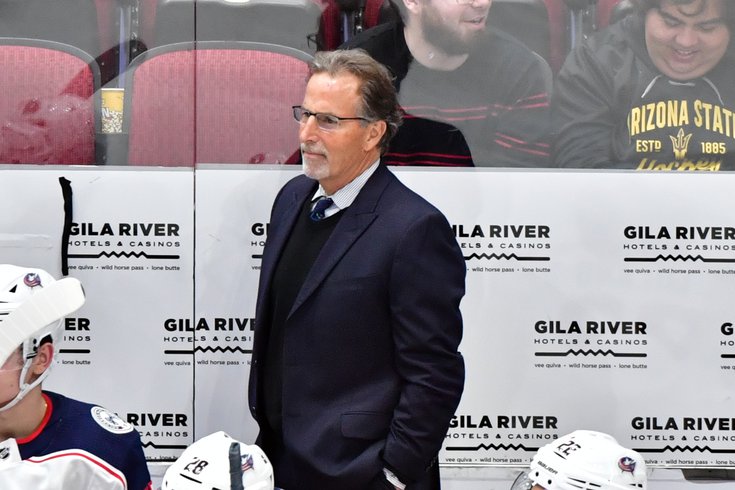 "Before we even step on the ice, situations and standards and accountability in the room is forefront, and you can't get squat done on the ice until you get your room straightened out. I think we have a little bit of work to do there."

#Flyers Head Coach John Tortorella will be on @SiriusXMNHL today at 5pm ET to talk about the upcoming season, Carter Hart, and locker room culture.

Not exactly an encouraging thing to hear heading into training camp. Granted, this isn't the first time Tortorella has called out problems within the Flyers' locker room.

In June, shortly after he was hired, he told NBC Sports Philadelphia that he could sense the room was "splintered" and in his introductory press conference a few days before, emphasized the need for a culture change.

"If we want to get to growing and who we want to be, that organization that people look at as a standard, then yeah, the culture has to change," Tortorella said at the time. "Culture. Accountability. All those words, they are really cool summertime words. People like saying those things during the summer. I think us, as coaches, when we get the job, it’s about the culture changing, the accountability. It’s real easy to say. Really difficult to do. That’s an everyday process."

And the process so far this summer has been difficult.

After the Flyers completely bottomed out last season, a self-dubbed "aggressive retool" was the plan to bring a banged up and cap-strapped team quickly back into relevance. The results of it, however, have been a completely deflating free agency period and a number of injuries and recovery setbacks to key players – Joel Farabee, Bobby Brink, and Ryan Ellis – before they've even officially hit the ice.

The team is also without a captain now that Claude Giroux is gone and off to Ottawa, and while there are few names to consider for the 'C', Tortorella told NHL Network Radio that he isn't in any rush to make a decision.

Players have reported back to Voorhees to begin skating again with the Flyers' first preseason game set for Sept. 24 against the Bruins.