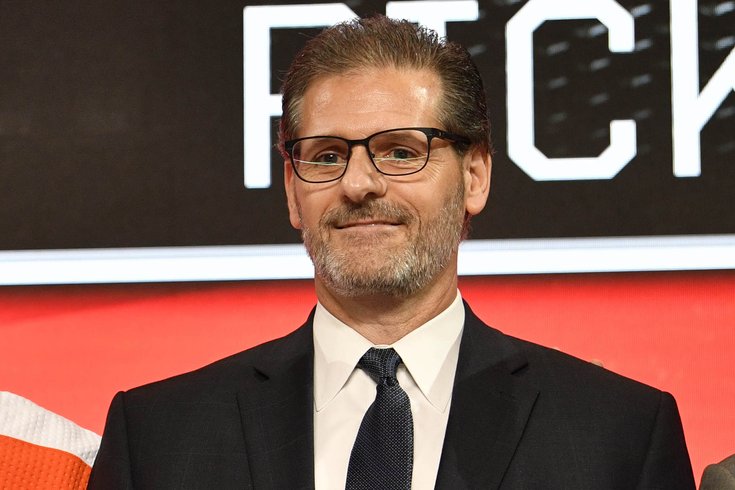 In a surprising move, the Philadelphia Flyers fired general manager Ron Hextall on Monday due what the team has dubbed philosophical differences regarding the direction of the team.

"The Flyers organization has decided to relieve Ron Hextall of his duties as Executive Vice President and General Manager. We thank Ron for his many significant contributions, but it has become clear that we no longer share the same philosophical approach concerning the direction of the team.

"In light of these differences, we feel it's in the organization's best interests to make a change, effective immediately. I have already begun a process to identify and select our next General Manager, which we hope to complete as soon as possible."

Hextall, who had been the GM of his former team since May 2014, joined the Flyers after winning a Stanley Cup as the assistant GM in Los Angeles. In four plus seasons at the helm, the Flyers have gone 165-128-58 and failed to make it past the first round of the postseason, with two trips in four years.

So far this season, the Flyers are just 10-11-2 and in seventh place in the Metropolitan Division.

Holmgren and Comcast CEO Dave Scott will be available to the media at 11 a.m. on Tuesday.