Rising star forward was diagnosed with Ewing's sarcoma in December 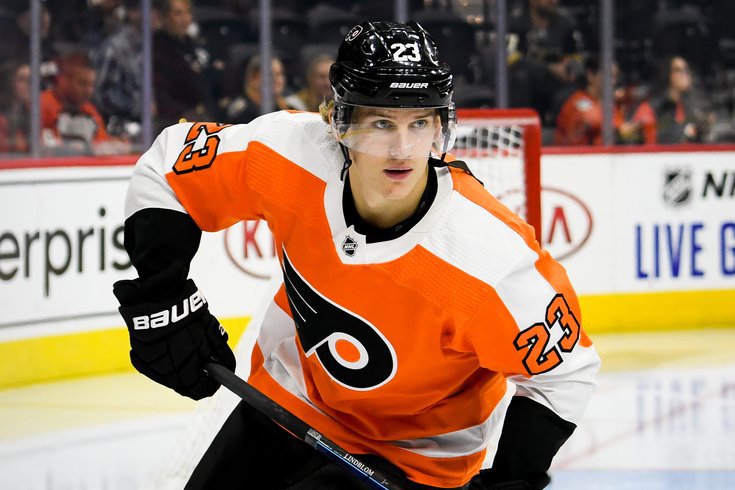 Philadelphia Flyers forward Oskar Lindblom was diagnosed with cancer in December 2019. More than six months later, he completed his treatment and rang the bell at Penn Medicne's Abramson Cancer Center on July 2, 2020.

Philadelphia Flyers forward Oskar Lindblom celebrated the end of his chemotherapy treatment by ringing the ceremonial bell at Penn Medicine on Thursday, more than six months after the 23-year-old was diagnosed with a rare bone cancer.

Lindblom, who has been with the Flyers since 2017, tweeted a video of the joyous moment at the Abramson Cancer Center, where he gave the nurses who treated him a signed No. 23 jersey.

Lindblom was diagnosed with Ewing's sarcoma in his upper body in December. The cancer affects the bones and soft tissues, and usually occurs in teenagers and young adults.

"I can't even explain how I feel," Lindblom said in an interview. "It feels like I'm having a birthday, Christmas and all those holidays at the same time. It feels awesome to be done. I can't wait to just get back to normal life again and start feeling like I'm living."

RELATED ARTICLE: Do Sixers, Flyers or Phillies have better chance to win with re-start, new formats?

Throughout Lindblom's treatment, fans in Philadelphia and supporters in his native Sweden embraced the #OskarStrong motto to encourage him through the challenge of cancer.

Though Lindblom was recently seen skating at the Flyers facility in Voorhees, he has been ruled out from a return to the team when the NHL "qualifiers" and Stanley Cup Playoffs resume amid the coronavirus pandemic.

The Flyers finished the shortened season with a surge, sitting in second place in the Metropolitan Division. During the 30 games Lindblom appeared in prior to his December diagnosis, he scored 11 goals and amassed 18 points.