As of Saturday morning, Konecny only had a handful of tweets posted to his account, dating back to Friday night. All the tweets from the 19-year-old and Canadian native are in Arabic, and his profile picture has been changed to a photo of Irish writer George Bernard Shaw. 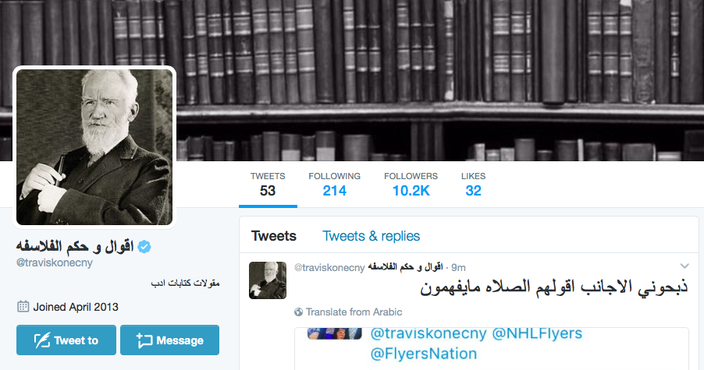 According to Google's translation tool, one tweet simply read, "Prayer Prayer Prayer," while another read, "Tsedko for the poor and vinegar you travel."

The name for his profile, which has the verified blue check, reads, "Sayings and the rule of philosophers."

Konecny's account even retweeted a screenshot of fans who noticed he had been hacked.

Team spokesperson Brian Smith confirmed that the tweets were not coming from Konecny, adding that the team was in the process of having the account removed.