“We all support the positives in our lives, as well as any challenges we’re going through. And then we laugh," says Jeannette Newman 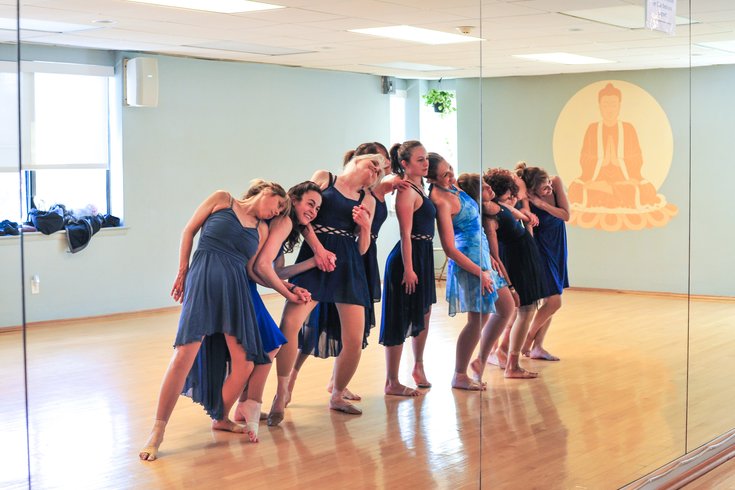 The "10 Women" end one of their last dances by holding their final pose with unavoidable smiles to match. The jazz dance ensemble will hold its third annual dance production on Sunday, April 24, at 3 p.m. at the Performance Garage, 1515 Brandywine St., in Fairmount.

Inside the studio at Sporting Club on the Main Line in Haverford, the female dancers – in their leggings, camisoles and hip-hop sneakers – stand poised before a wall of mirrors. When Paula Abdul’s “Knocked Out” rushes from the speakers, they waste no time shimmying, sliding and writhing their bodies like vixenish vamps on the prowl. The music ends, and they pivot to a stop.

Moments later, with barely a sip of water, they are at it again, and then again, over two hours: sashaying hips, swaying arms and performing sky-high kicks, sheer physical accomplishments for any seasoned dancer. But perhaps more of a feat for this jazz ensemble called "10 Women" – given that their ages range from 38 to 64.

This group of mothers and grandmothers – with eclectic backgrounds in the sciences, education, law, art, and medicine – will convince you that dance keeps bodies and minds lithe, limber and agile. Their enthusiasm is contagious.

Even more so, these dancers emphasize and enthuse over the connectedness and camaraderie they’ve developed, that leaps beyond the studio’s wooden dance floor and into their everyday lives.

Choreographer Shimon Braun, a soft-spoken man, who as a child escaped the Nazis by fleeing his native Poland, says 10 Women defies the notion that dancers are finished by age 30.

A few years ago, Braun, a former Israeli gymnastics champion and international dance master, assembled a dance workshop that met on Saturdays. When the dancers became increasingly eager to learn and perform choreographed pieces, Braun added the Sunday session, focusing on intricate foot and line work.

Pleased with their ambition and progression, he encouraged them to do their first show in 2014. On Sunday, April 24, at 3 p.m., 10 Women will hold its third annual dance production at the Performance Garage, 1515 Brandywine St., in the city’s Fairmount neighborhood. 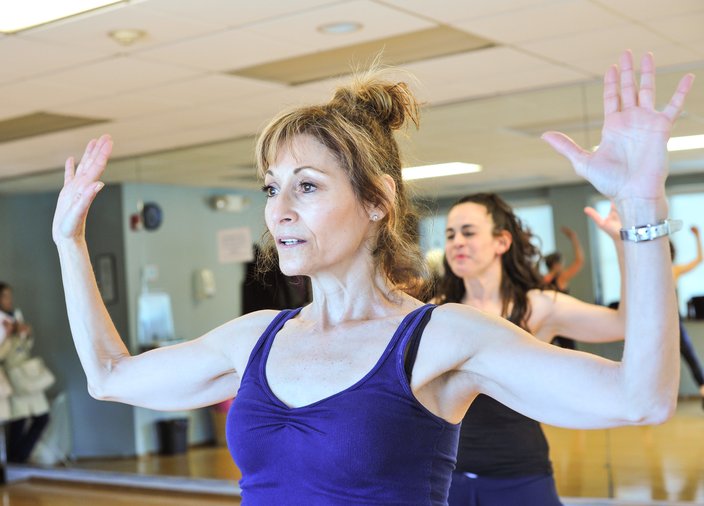 'IT'S GREAT TO BE NURTURED'

When it’s pointed out that his students say he’s a perfectionist, Braun just smiles.

“I love this group. They’re unpretentious, yet committed," he said. "If one messes up, they help. They are very supportive of each other.”

Janet Rosen, 59, a pathologist from Wynnewood, says it was funny to watch a "group of middle-aged Jewish mothers learn how to do hip-hop."

“I love this group. They’re unpretentious, yet committed. If one messes up, they help. They are very supportive of each other.” – Shimon Braun, choreographer of "10 Women"

Growing up, Rosen wanted to be either a member of The Rockettes or a professional ice skater like Peggy Fleming.

“As you can see, that didn’t happen,” she says wryly. But after her two children moved on, she started dancing and ice skating again.

Last month, her mother died after a long illness.

“The support I got from these amazing women was incredible…especially the hugs and shoulders to cry on,” she said.

Deborah Narcise, 60, of Broomall is immersed in eldercare. She helps out with her father and mother, who are 90 and 86, respectively.

Narcise began studying ballet at age 10 and performed with the Pennsylvania Ballet in the 1960s. She has also danced with the Silver Sizzles Revue, a 50-and-older dance ensemble that performs across the country.

Initially, she wasn’t sure if she wanted to continue dancing because of the persistent rheumatoid arthritis in her knee. “But I’m glad I have," she said. "Taking care of my parents can be stressful. It’s great to be nurtured by these amazing women.” 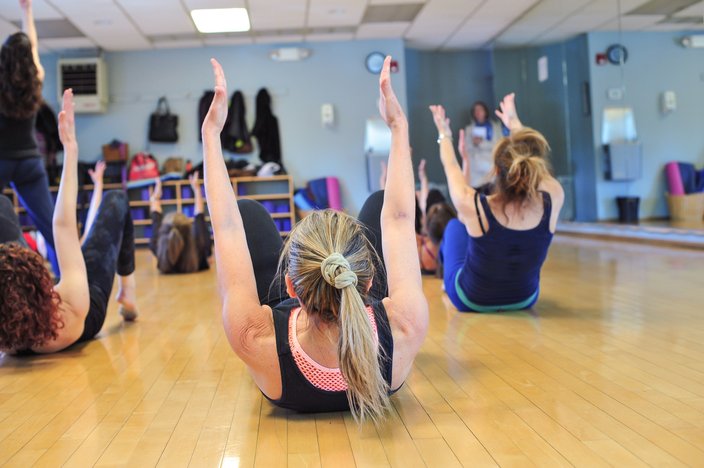 'WE KEEP OUR HUMOR'

Debra Fox, 55, of Wynnewood, director of Transitions Adoption Agency in Haverford, started taking dance lessons at age 11. She acknowledges that it’s nice to have a weekend place to go and unwind. Her favorite dance routines are those focused on classical jazz.

Fox said when she needed help finding special-needs services in her community for her son who is now 18, two of the ladies who are knowledgeable in that field pitched right in. “If something’s bothering me, I leave my problems at the door. I always feel better after working out in class.”

Jeannette Newman, 56, an early childhood educator, living in Haverford, took jazz and ballet lessons as an undergraduate at New York University. She likes that dancing keeps her fit and lean. “We all support the positives in our lives, as well as any challenges we’re going through. And then we laugh.”

Occasionally, the unexpected has happened, what Diane Cohen, 64, of Merion calls those “Lucy and Ethel” moments.

“My partner and I missed our cue to go on stage during one show," she recalled. "But it worked out. No one knew except for a couple of our family members.”

An avid runner, Cohen has completed 18 marathons. She admits some of the dance routines can be a challenge, and she practices a lot on her own time.

“I’m the one who they help the most,” she said, laughing. “We keep our humor. We’re our own mutual therapy support system.”