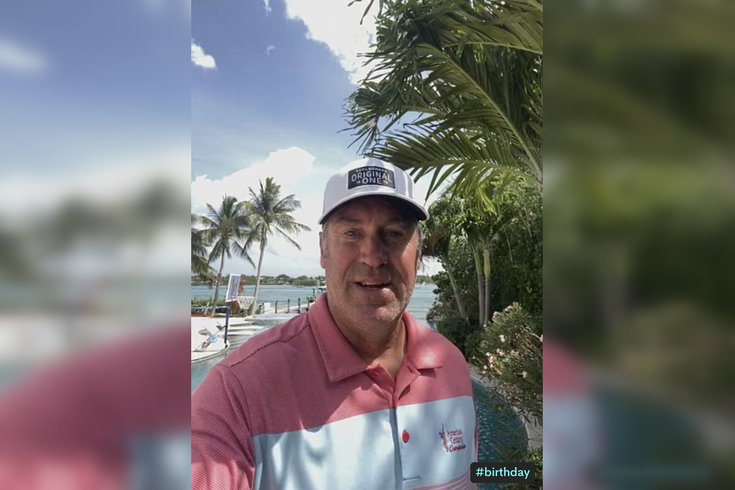 Despite a rough end to his five-year run as head coach of the Eagles, there's no doubt that Doug Pederson remains a fan favorite in Philly. After all, he played a key role in helping bring this city its first Super Bowl title in history. For that, he will always be fondly remembered. A former backup QB who returned to the area to help lead his former team to the ultimate glory? It doesn't get much better than that.

But a 4-11-1 season ultimately spelled the end for the 53-year-old coach, who is spending this year away from football but has said in interviews that he plans on returning to the coaching ranks in the future — and as a Super Bowl winner, he should certainly have the opportunities.

So, what is Pederson doing with all his downtime this offseason?

Well, among other things that include golfing, vacationing and spending time with his family, Pederson is also taking requests on Cameo (h/t Evan Macy). And it actually isn't that expensive. For $175, you can get a personalized message from Pederson, whether it's just for you or as a gift for that father who still can't believe the Eagles fired him. 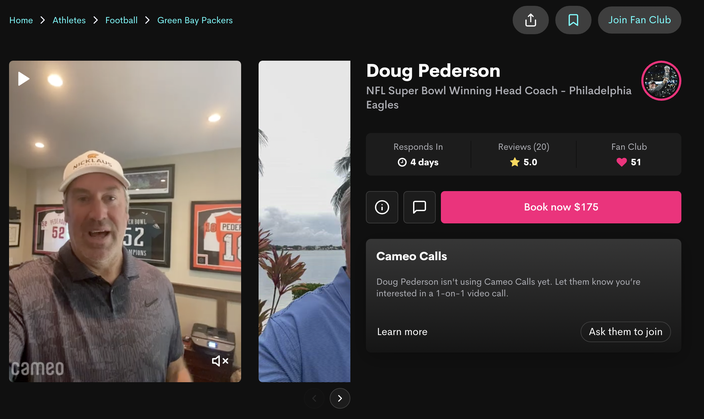 And it appears he's very good at it, with 20 five-star reviews, including this one that might be the highest of praise, considering where it's coming from...

You can head over to Cameo and check out the sample videos for yourself. Honestly, they're pretty good, which isn't entirely surprising given that Pederson was also good on camera or in front of a microphone, especially in one-on-one situations like this.

Lastly, if you're wondering if Pederson is doing this for the money, that's probably not the case. Sure, it looks like he's in some tropical destination in nearly all these videos — and jet-setting around the world is expensive — but it's worth remembering that Pederson signed a contract extension through 2022 after the Eagles won the Super Bowl, so he likely either got bought out of that deal when the Eagles fired him or he's still getting paid by the team.

I don't think $175 per video is making much of a dent in that, but hey, if you can get that kind of money for a couple minutes of work without having to go anywhere other than where you're already going (and in this case that seems like vacation), you take it.