Williams, who served as police chief from 1988-1992, was the first African-American to lead the Philadelphia Police Department 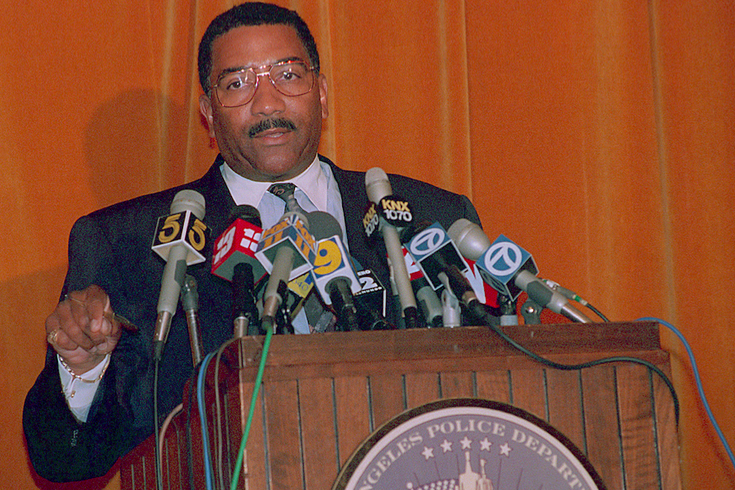 The Philadelphia Police Department expressed condolences as officers mourned Williams, who served as commissioner from 1988 until 1992.

Williams was in Atlanta at the time of his death and had been battling pancreatic cancer, his daughter-in-law, Valerie Williams, told The Associated Press.

In a statement, Philadelphia Mayor Jim Kenney said Williams' passing is a reminder of his influential service to the city.

“I am deeply saddened to learn of Willie Williams’ passing," Kenney said. "He served this city with greatness, improving community-police relations and breaking down barriers as Philadelphia’s first African-American Commissioner. It was a privilege to know him and his family, who continue to carry on his legacy of service. My thoughts and prayers are with his loved ones.”

Philadelphia Police Commissioner Richard Ross recalled that he was sworn in as a rookie officer one year into Williams' tenure.

“He truly was my inspiration. He was the guy who set the tone for me, and let me know right away that I could do this," Ross said. “I’m just grateful I knew him. He is one of my heroes in this profession.”

Public Affairs Commander Lt. John Stanford said Williams' presence on the force during his youth continues to inform his understanding of the responsibility of police work.

“That was a name I knew even before I was thinking of pursuing policing as a profession. Seeing a face that looked like mine was powerful. To this day, it means making sure I do my job the way it’s supposed to be done.”

In 1992, Williams was chosen to lead the Los Angeles Police Department amid civil unrest and internal controversy over the beating of Rodney King. He also led the department during the O.J. Simpson murder trial, which prompted a review of the LAPD's handling of evidence and culture of abuse toward racial minorities.

His son, Willie Jr., currently serves as a Lieutenant in the Philadelphia Police Department.