Watch the other football at these watering holes 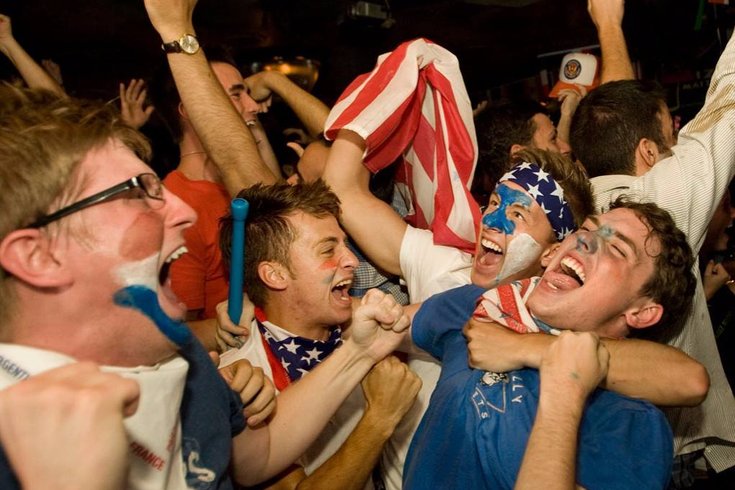 Supporters of the U.S. Women's Soccer Team at Fado during the 2015 World Cup

Philadelphia is a football town. And we're not talking about the Eagles.

While the birds certainly dominate the city's sports scene, when it comes to what the rest of the world refers to as football (aka soccer), Philly is ripe with fandom.

Not only have the Philadelphia Union attracted a fervent base of followers, but plenty of residents follow some of the more prestigious leagues, such as the English Premier League (EPL), as well as international matches.

So if you're a local fan of the globe's most popular sport, know that you're not alone. In case you're still not convinced and are looking for fellow supporters, here are four bars in Philly to catch the next match at. 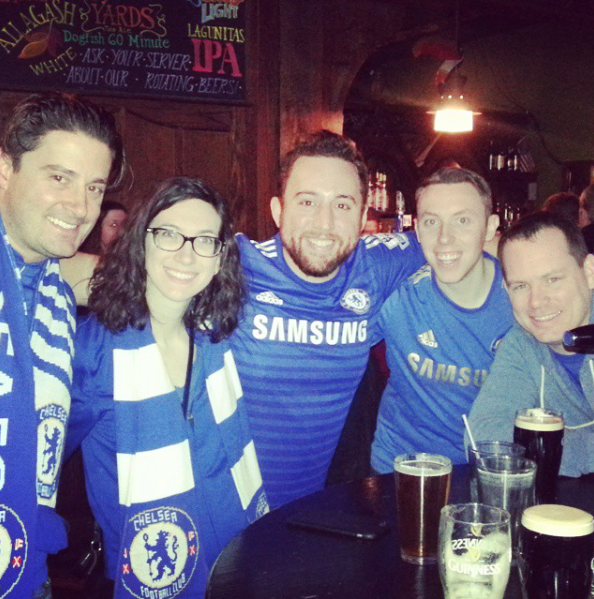 Chelsea supporters at Tir na Nog for a match against Manchester City. (Tir na Nog/Facebook)
Fans of the EPL in America know game times don't necessarily mesh with their schedule due to the time difference. Well, Tir Na Nog opens on Saturdays and Sundays right as the first game gets underway, which is usually early in the morning. This is an especially good spot for Chelsea supporters: in addition to flags donning the club's colors surrounding the bar, they've got $3 Yuenglings, $4 Stellas and whatever the draft of the day is, and $5 breakfast sandwiches during Blues games. They also show the Union and pretty much every other major European league as well. 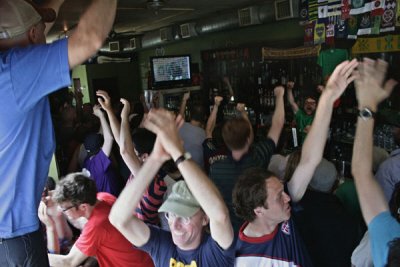 Fans during a match between the USA and England at The 700. (Contributed art/The 700)
While this Northern Liberties location may be known for the dancing (particularly on Thursdays), this is also a great place for fans of the local team. You'll find loyal Union supporters here for every match, and the intimate bar setup makes it a raucous environment for international games, especially when the USA is a participant. If you're looking to play, the bar also organizes a game for anyone interested at the nearby Northern Liberties Recreation Center, located at 321 Fairmount Ave., from 7:30 to 9 every Tuesday night. 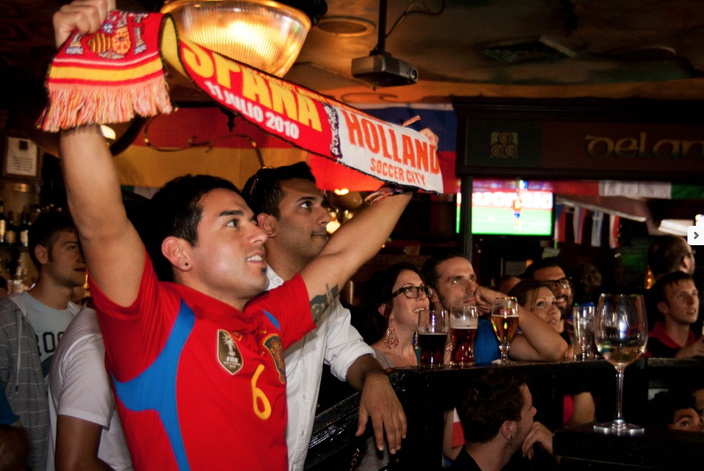 A Spain supporter at Fado during an international match against Holland. (Contributed art/Fado)
A bit exclusive, which actually may be a positive if you only want to be surrounded by like-minded soccer hooligans. A $20 cover for most matches may seem steep, but it does mean your casual fan or unaware bar patron probably isn't going to be there looking baffled when you scream after every goal. Open early for the weekend matches, Fado also lets you get more invested than just following your team with a private fantasy league for the EPL, which you can sign up for here. Oh, and their food is amazing, including a full Irish breakfast (essentially the same thing as an English breakfast). 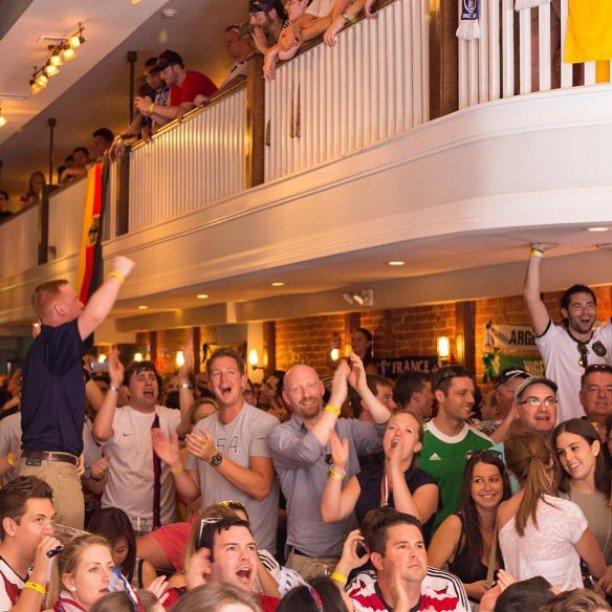 Fans at Brauhaus Schmitz during the 2014 World Cup. (Brauhaus Schmitz/Facebook)
The EPL gets most of the attention among American soccer fans, but Germany's Bundesliga is a highly entertaining, fast-paced, quality European league that deserves your viewing. And there's probably no better place to watch it than Brauhaus Schmitz, a German bar that shows nearly every match and is so packed for games that Fox Sports 1 even sent a camera crew to the bar for their coverage of a recent Saturday slate of matches. Also, nowhere else in Philly will you find such a wide selection of German craft beers.