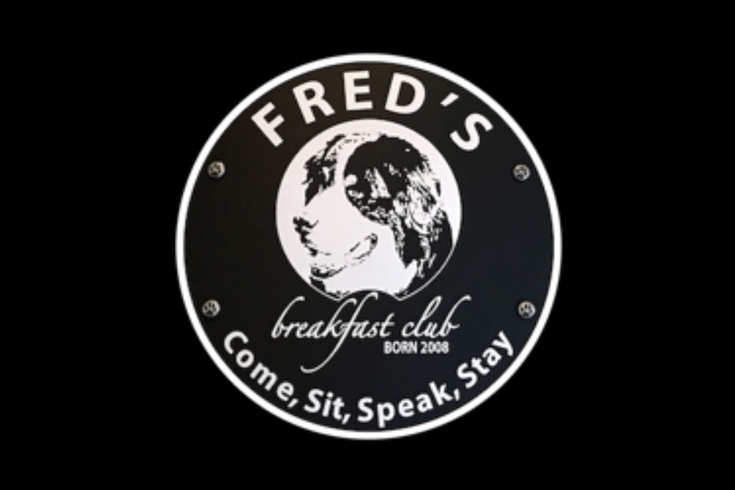 Fred's Breakfast Club of New Hope is a members-only restaurant along the Delaware River Waterfront. The owners says they have removed a racist sign from inside the restaurant that compared people of color to dogs after a photo of the sign was posted to Facebook.

The owners of a small restaurant in Bucks County have apologized for a racist sign that had hung on a wall inside the business, which compared people of color to dogs.

Fred's Breakfast Club of New Hope received backlash earlier this week after the Bucks County chapter of the NAACP posted a photo of the offensive sign on Facebook.

Just going to leave this here...

The sign reads that dogs should be eligible for welfare because they are "mixed in color, unemployed, can't speak English, and have no clue who their Daddies are," among other other insulting stereotypes about minorities.

Fred's Breakfast Club is a "members only" restaurant that open in 2008 along the banks of the Delaware River. It boasts members from across the country, though most are residents of New Hope, Solebury and Lambertville.

In a statement on Facebook, the restaurant's owners said the "application" was given to them by a member and was in keeping with what the owners described as the "dog themed and light hearted atmosphere" at Fred's, though they acknowledged the racist implications of the sign.

The restaurant's Facebook page has since been deleted, but a screenshot includes the apology.

Since our inception, Fred's has promoted a dog themed and light hearted atmosphere; from our name, to the decor on our walls, to our marketing materials. That is the sole lens through which we viewed the content of the application, which has been removed from our wall.

Our restaurant succeeds solely on the basis of valuable contributions from a diverse team, and all of us work hard shoulder to shoulder. We unequivocally reject racism.

To every person of any color, gender, orientation, and those affected by hate who feel demeaned or unwelcomed by the content of the application, we are deeply sorry. It was never our intention. Please accept our sincerest apology.

In an initial statement, which was deleted before the statement above, one owner said that he had allowed the sign to be put up to support the member who brought it. A screenshot of that was captured in a comment on the Bucks County NAACP's Facebook post.

"It will make you all happy to know that a person near and dear to my heart, a Fred's member has come and removed the sign," the owner said. "For those of you who don't know me and my 45 years of service to the community, volunteerism, contributions, and employment of literally thousands, who think my desire not to censor a member's contribution to our walls makes me a bad person, then I support your right to vote with your feet."