The funny and best Philly sports names we apparently missed 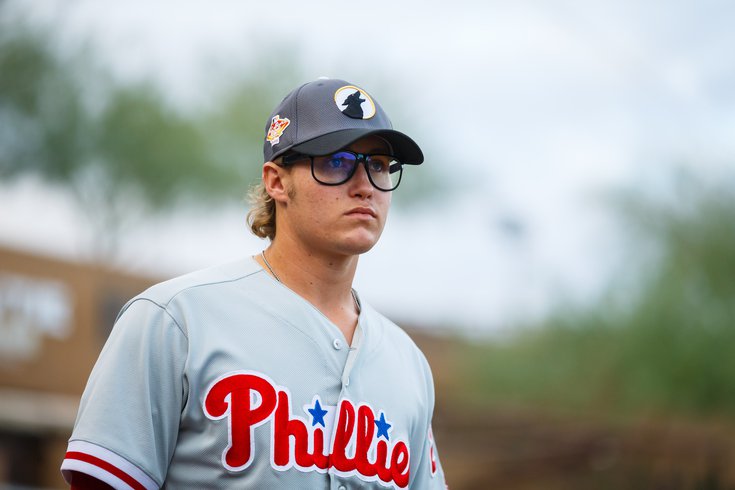 A few days ago, we had some fun combing the archives and rosters of the four major Philly sports teams, searching for the most unusual, funniest and coolest player names. We came up with a list of nearly 100 names — but it wasn't enough for you, our loyal reader.

Throughout the last few days, our inbox and mentions have been flooded with funny athletes names, so much so that we wanted to revise our list to include the crowd-sourced funny names. So while we apologize to no one — er literally spent hours looking though thousands of former players — we always want to do better.

So please, after reading the list of funny names, ranging from the Phillies' Lil Stoner to the Eagles' Rabbit Keen, take a look at the following names our readers told us were funny too as an addendum to our first post:

• David Schreiber asked how we could leave out one-time Phillies outfielder Bake McBride, noting "A lot of those on the list were nicknames, so Bake should definitely be there and paired with Shake Milton." We agree.

• Eric Wanner, a self-proclaimed Phillies' fan since 1948 (wow) asked us, "But how could you leave out maybe the greatest name of all: Willie, Puddin’ Head, Jones. He played third base for the Whiz Kids in 1950 when they lost to the Yankees in 4 games. He had a good year. After that, not so much." It's another nickname, sure, but Eric was one of several readers to suggest ol' Puddin' Head.

• We got several cries to include another whiz kid, Putsy Caballero:

• A reader emailed us two words: Puppy Tudors. After some frustrated searching, we found the name he meant was Eagles punter Pumpy Tudors. Awesome.

• Here's one we should not have missed: former Eagles defensive back Macho Harris:

How could you miss Macho Harris

• Another former Eagle we missed was was Reno Mahe, who submitted by Marc Leven.

• We received suggestions that Phillies first baseman Rhys Hoskins has an interesting enough name to be included. We aren't convinced — but perhaps we are so used to it we don't see it. Regardless we'll mention him here.

• Okay, this one is breaking the rules a bit, but one of our readers tweeted that we should include Cornelius Randolph — a recent Phillies' first-round pick who has yet to make it to the majors. Every name we included played at least one game at the highest level... but then we dug deeper and saw Randolph's full name: Cornelius Cleopatrick Randolph. Now we REALLY hope he makes the majors, so we can watch a segment with Greg Murphy interviewing his badass parents.

No list is complete without the incomparable Sixto Lezcano.

• We love our comment sections, and those contained some suggestions as well. One reader mentioned multi-position Eagles player Guido Merkens.

• Commenter Christopher Michael, a Flyers fan, remembered Branko Radivojevic, who played 86 games for the Flyers back in the early 2000s.

• One of our favorite commenters put a lot of thought into his proposed additions: "Puddin Head Jones (Willie Jones), Rip Repulski, Costen Shockley & Moose Dupont. And if you needed dinner for 10 people call Danny Cater. Finally, just one more for the Irish that'll make you wanna kiss that Blarney Stone and sing Danny Boy --- Kyle O'Quinn."

• Classic Arcade, a commenter, accused us to skewing funny and forgetting to include some cool names, like recent Phillie J.D. Hammer or Eagles camp player D.J. Killings. Good call.

• One more omission to correct, is former running back Junior Tautalatasi who played in 38 games for the Eagles. We aren't sure he's a great player — but he name was.

Why do we always overlook poor Junior Tautalatasi. He was a great name and player.

Thanks so much everyone for your feedback and keep the suggestions coming. Philadelphia has the best — and most knowledgeable — fans in sports, and honestly what has to be the deepest bench of ridiculously named players. We hope everyone got as many laughs from reading this list as we did writing it.