Matt Vecere, of Sea Isle City, N.J., was one of the fans who informed the manager about the team signing Bryce Harper by shouting from the stands of a Spring Training game 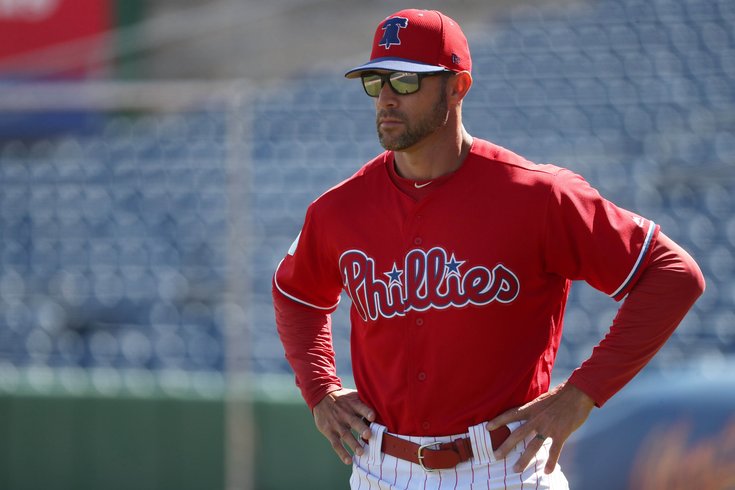 Phillies manager Gabe Kapler took to Twitter on Friday to share some unlikely, and tragic, news with his followers. It requires a bit of backstory.

When the Phillies signed Bryce Harper on Feb. 28, the actual baseball team was playing a spring training game, and Kapler said afterwards that he’d received the news from fans sitting behind the team’s dugout:

Gabe Kapler talking about Bryce Harper and how the #Phillies found out they got him. pic.twitter.com/WLTv4K0ax6

One of the fans telling Kapler and the team about the signing was Matt Vecere, a 43-year-old Sea Isle City native who died in the Ethiopian Airlines crash earlier this week. Vecere was on his way to Kenya, Kapler said, to participate in the United Nations Environmental Assembly.

Vecere’s friends reached out to Kapler, he said in his post Friday, to let the Phillies’ manager know what had happened:

It seems Kapler talked to Vecere’s mother since his friends reached out. Kapler goes on in the post to ask Phillies fans to do something “for a cause Matt cared about”, and says Vecere’s mother included “the environment, civil rights, social and environmental justice, and advocating for those less fortunate” as some things her son cared about.

Vecere grew up at the Jersey Shore and went to Stockton University in New Jersey’s Galloway Township. He worked for IQAir, a company which makes air quality products for schools and hospitals.

Vecere moved to Los Angeles in 2005, and became active in efforts to aid Haiti after a 2010 earthquake ravaged Port-au-Prince.

In the wake of the plane crash, aviation regulatory bodies around the world have grounded the kind of plane involved in the crash — the Boeing 737 Max airplanes — including the United States. The Boeing 737 Max model was involved in another crash in Indonesia in October.