Philly-area drug company execs among those accused of fixing prices 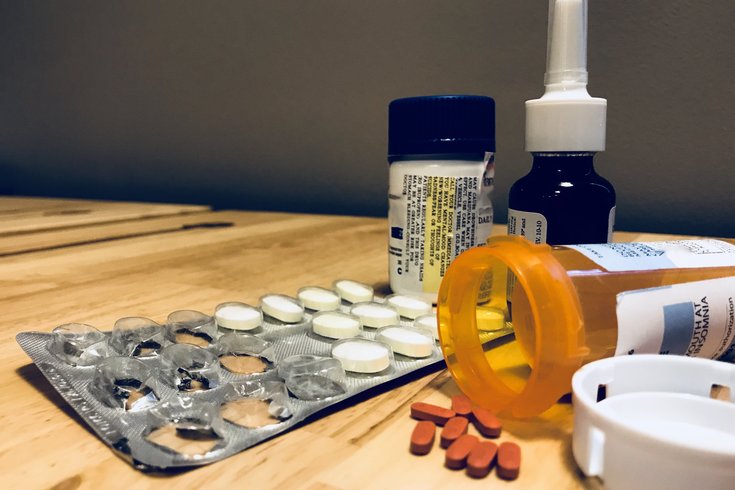 The lawsuit, filed in federal court, accuses 20 generic drug companies – including one based in Philadelphia and another in the suburbs – of conspiring to artificially inflate the prices of more than 100 generic drugs.

It also names 15 company executives as defendants, including five from the Philly region.

The lawsuit alleges the companies and executives colluded to "significantly raise prices on as many drugs as possible" while ensuring that each company would maintain a "fair share" of the generic drug marketplace.

In some cases, drugs allegedly were inflated by more than 1,000 percent.

Among the 20 companies named in the lawsuit were Teva Pharmaceuticals USA, based in North Wales, Montgomery County, and Lannett Company, based in Philadelphia. It also included 11 drug companies based in New Jersey, though none of them are located in South Jersey.

The local individuals named as defendants in the lawsuit are:

• Kevin Green of Chalfont, Bucks County, former director of national accounts at Teva from January 2006 through October 2013, and vice president of sales at Zydus Pharmaceuticals since November 2013

The defendants allegedly avoided using written communication to discuss their schemes, knowing they violated antitrust and consumer protection laws, according to the complaint. Instead, they allegedly preferring to speak in person or over the phone and often used coded terminology like "playing nice in the sandbox" to describe their collusion.

Those face-to-face conversations often took place in New Jersey during trade shows, cocktail parties, dinners and other industry outings. At one dinner in January 2014, at least 13 high-ranking executives from five companies met at steakhouse in Bridgewater, Somerset County.

Grewal filed the lawsuit in the U.S. District Court in Connecticut on behalf of New Jersey and a coalition of 43 states, including Pennsylvania.

The lawsuit follows a similar suit filed three years ago in the U.S. District Court for the Eastern District of Pennsylvania.

Legal representation for the defendants was not immediately known.