The 'Pennsylvanischer Staatsbote,' which means the 'Pennsylvania State-Courier,' distributed a translation of the document on either July 5 or 6 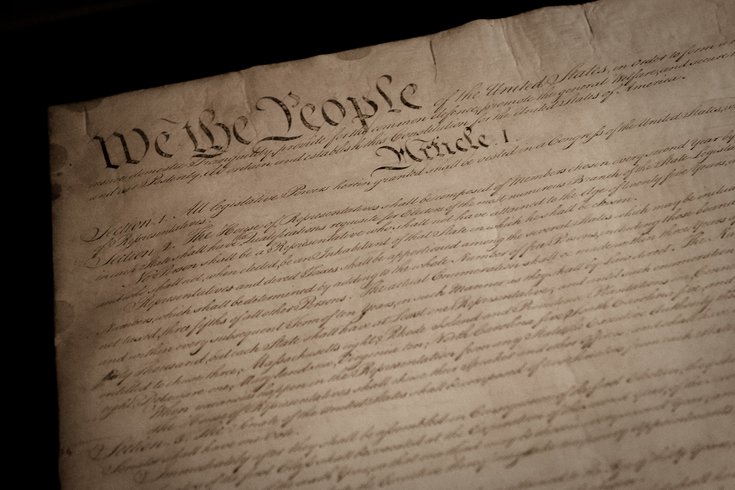 Although the Pennsylvania Evening Post is generally regarded as the first publication to publish the Declaration of Independence on July 6, it's possible a German-language newspaper called the "Pennsylvanischer Staatsbote" beat them to it.

The Declaration of Independence was formally adopted by the Continental Congress in Philadelphia on July 4, 1776. In the days that followed, it was reprinted in newspapers and broadsides so word could trickle out to the rest of the 13 colonies.

Although the Pennsylvania Evening Post is generally regarded as the first publication to do so on July 6, it's possible a German-language newspaper from Philadelphia beat them to it. At the time, about a third of Pennsylvanians spoke German.

The publishers of the "Pennsylvanischer Staatsbote," which translates to the "Pennsylvania State-Courier," distributed a broadside with a German translation of the declaration on either July 5 or July 6.

If the earlier date is correct, it would make the Staatsbote the first news organization in the colonies to publish the complete declaration.

Broadsides were single sheets of paper printed on one side – not an entire newspaper.

But even if the Staatsbote's broadside wasn't distributed until July 6, on July 5 it became the first paper in the country to report that a final version of Congress' declaration was being printed.

The Staatsbote was run by Heinrich Miller, who immigrated to Pennsylvania in 1741 and found work at Benjamin Franklin's Pennsylvania Gazette, which would become a key voice for colonial dissent in the run-up to the Revolutionary War.

Miller got started in the printing industry at age 13 in his native Rhoden, a small village in what's now central Germany.

A decade after he began working at the Gazette, Franklin was so happy with Miller's work that he hired him to publish a German-language newspaper.

Miller was among the tens of thousands of German-speaking immigrants who arrived at the Port of Philadelphia in the colonial era to escape religious persecution or find a better life. By 1755, German speakers were estimated to constitute just under half of Pennsylvania's population and one-tenth of the entire 13 colonies.

Many settled in the countryside of Southeast Pennsylvania, where the Pennsylvania Dutch dialect of German is still spoken by Amish people to this day, but others remained in Philadelphia County and settled in locales like Germantown.

Still, this was nearly a century before a modern unified Germany was formed in 1871. Many of these "German" settlers were actually from what's now the Netherlands and Switzerland.

The Staatsbote was also the first foreign-language newspaper to publish the declaration in its full edition on July 9. This is because Miller or one of his co-workers was likely at Independence Hall on July 8 to hear the first public reading of the document.

But the Staatsbote was not the first newspaper paper to publish news of the Congress voting to declare independence.

The vote actually happened on July 2, even though all the details of the document wouldn't be hammered out until two days later. The Evening Post broke the news in a broadside on July 2 and it was picked up by the Gazette the following day.

This is why founding father John Adams, who would later become president, thought July 2 would be the date Americans would remember for generations to come. It's also of note that the declaration on display at the National Archives Museum in Washington D.C. wasn't signed by the founding fathers until August 2.

But the summer of 1776 was just the beginning of the young nation's four-year-long fight for independence.

Miller's German-language coverage of the war was the main way many Americans of German heritage kept themselves up to date. He had to flee Philadelphia in 1777 when the British marched on the city due to his ties to Franklin, a prominent revolutionary.

He returned the following year and continued publishing the Staatsbote until he retired in 1779 at age 77.