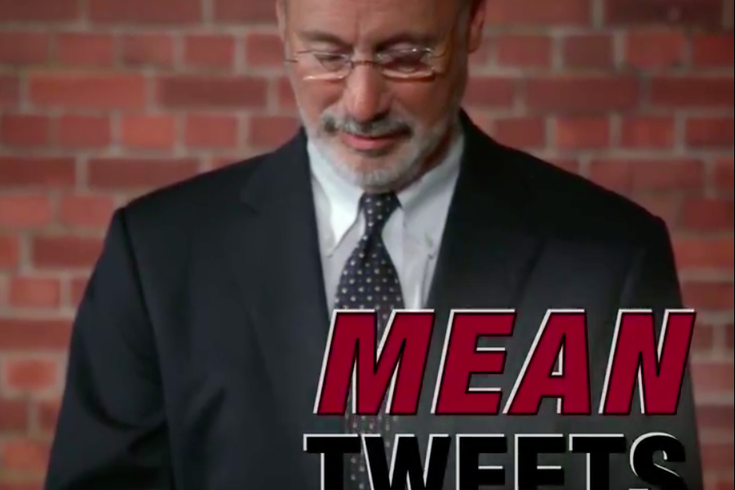 Gov. Tom Wolf tried his hand at reading mean tweets as part of the Festivus holiday this year.

For those that don't know, Festivus, born out of a "Seinfeld" episode, is the non-commercial sister to Christmas, where an aluminum pole is not decorated, you're allowed to "Air Your Grievances" and easily explainable events are referred to as "Festivus miracles."

RELATED: Watch: Mayor Kenney reads mean tweets to get us in Thanksgiving spirit

Wolf decided to participate in the airing of grievances, but there's no word yet if he has an undecorated aluminum pole for the holiday.

The tweets are pretty funny (not the funniest) and include jokes about Wolf's lack of hair, Pennsylvania's abundance of pot holes, and a couple more about his looks.

Happy #Festivus, PA. This year, I'm honoring everyone's favorite Festivus tradition by sharing some of the grievances Pennsylvanians have aired with me on Twitter. Enjoy. pic.twitter.com/Nhn6bwZXBl

At the end, Wolf doesn't read an entire tweet but seems to notice the author, WESA-FM politics journalist Chris Potter in Pittsburgh.

For anyone interested in doing some more Festivus research, here's the story of the holiday courtesy of "Seinfeld."