A Green New Deal for Philadelphia 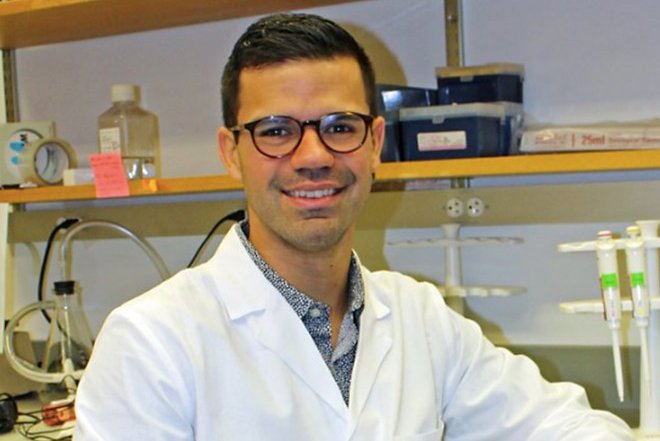 Dr. Adrian Rivera-Reyes, a candidate for Philadelphia City Council, says a municipal Green New Deal will not only help save the city from climate catastrophe, but it will revive the economy

As a scientist and cancer researcher I rely on data, and all of the credible data around climate change points in one direction. But you don’t have to be a scientist to realize we are in a climate crisis. I was born in Puerto Rico, where Hurricane Maria recently caused untold damage and claimed many lives. We can see that storms are worsening, sea levels are rising and wildfires are spreading.

We have a ticking clock in front of us. According to the United Nations, we have just 12 years to make massive changes before climate change significantly worsens the risks of droughts and floods, famine and disease, extreme poverty and refugee crises. Estimates show Philadelphia area waters could rise 19 inches by 2050 and even four feet by 2100.

Beyond the global climate crisis, we have a local crisis in Philadelphia. People of color and low-income residents in Philadelphia face disproportionate threats from environmental pollution. These communities are more likely to live near hazardous waste facilities and large-scale polluters like the Philadelphia Energy Solutions refinery than whiter and higher-income communities. This has caused disparate health impacts, with black children suffering the majority of asthma attacks that occur in Philadelphia each year.

Instead of addressing this environmental inequality, the city has seemingly gone further and announced plans to build new gas plants in low-income and minority neighborhoods like Nicetown and Southwest Philly. This is not a coincidence. It is a moral failure. We must transition this city to an economy that protects, not poisons, our people and our planet.

I am inspired by federal lawmakers like Rep. Alexandria Ocasio-Cortez, who have pushed a Green New Deal into the national conversation. The fight for a Green New Deal is the fight for our lives. It is a common sense solution to address this crisis with the urgency it demands. But with the Trump administration refusing to accept science, cities must be on the frontlines of combating climate change. That is why I have made a municipal Green New Deal a cornerstone of my campaign for City Council At-Large.

My plan would transition Philadelphia to a 100 percent renewable energy system with the goal of zero-carbon emissions by 2030. We can achieve this by changing SEPTA to run entirely on green energy, updating our building codes to require all new construction meet LEED Gold standards, and offering subsidies to homeowners and local businesses to retrofit their properties to meet environmental standards. We must also oppose all efforts to expand the use of fossil fuels and end the current practice of burning half of all the city’s recyclables.

I would not be a good scientist if I did not consult with others and gather all the facts. For that reason, I will first propose creating a commission of experts to study the unique pain points facing Philadelphia’s ability to combat climate change, bring in new ideas and discuss any solutions I may not have considered, and understand the total cost of this necessary undertaking. There are a number of ways to fund a Green New Deal, such as collecting payments in lieu of taxes from major non-profits or establishing a municipally-owned Public Bank of Philadelphia.

The fact of the matter is that whether we implement a Green New Deal in Philadelphia or not, we are going to have to pay and, if we are not proactive, everyone in Philadelphia and especially our most marginalized communities will suffer. A municipal Green New Deal will not only help save us from climate catastrophe, but it will revive our economy by creating new, living-wage jobs in clean technology and infrastructure. It will begin the process of making our city more just by stopping the environmental inequality inflicted on our low-income and minority communities. Additionally, it will set an example for other cities across the country.

We must mobilize our city around a Green New Deal before it’s too late. We can do this but we need to do this now. All it takes is courage. Let’s fight together for a Philadelphia for all.