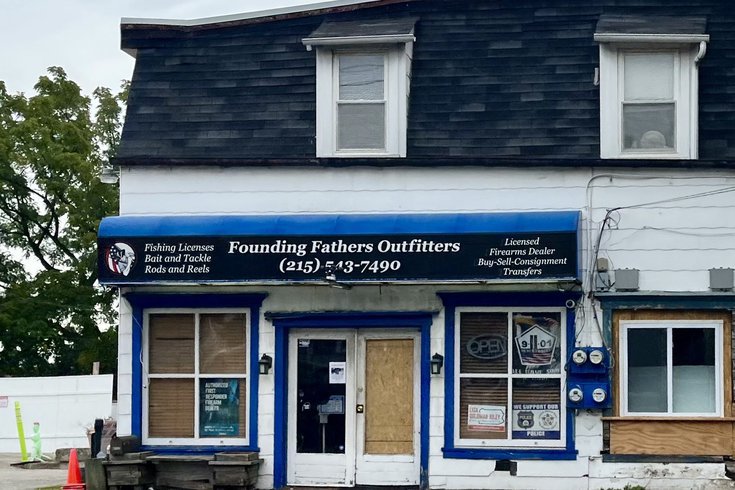 Two adults and 11 teenagers have been arrested in connection with three gun store burglaries and an attempted burglary in Montgomery and Bucks counties last year.

The attempted burglary occurred at Continental Armory in Hatboro.

Each crime occurred between Sept. 24 and Nov. 20, 2022, in the early morning hours of 2 to 4 a.m. The attempted burglary at Continental Armory began at 2:15 a.m. on Nov. 20, but after almost getting caught, the suspects fled the scene and robbed Tanners Sports Center just 26 minutes later.

Angel Mason, 40, and Donte Purnell, 22, from Philadelphia were the two adults charged. Also from Philly, Elijah Terrell, 16, and Liv Hall, 18, will be tried as adults.

The remaining nine youths, ages 14 to 17, are all from West Philadelphia and were charged in juvenile court.

Charges vary by person but include burglary, criminal trespass, robbery, aggravated assault, recklessly endangering another person, fleeing or attempting to elude a police officer and possessing an instrument of crime.

Law enforcement officials said that several of the arrested juveniles were members of a neighborhood-based street gang in Philadelphia called 54th Street, which has allegedly been linked to other robberies, burglaries and gun violence. Investigators have recovered only 33 of the stolen firearms.

"These defendants brazenly broke into gun stores and stole nearly 100 firearms, then sold and transferred them widely throughout Southeastern Pennsylvania, New Jersey, and Delaware. With 60 firearms unaccounted for, we still don't know the extent of the damage by this corrupt organization's criminal activities, including shootings and murders," Steele said. "These arrests have made our communities safer and came about because of the excellent joint investigation with our numerous local, state and federal law enforcement partners."

At 4:22 a.m. on Sept. 24, investigators say, the suspects stole 26 firearms from Founding Fathers Outfitters. Law enforcement was able to recover six of the guns, one of which was found on a suspect in a Sept. 29 homicide in Philadelphia.

The crimes continued on Nov. 12 at 4:20 a.m. at Target World. There, the suspects allegedly grabbed 32 pistols and eight rifles. Only 10 of those guns have been recovered.

Just eight days later at 2:15 a.m., the suspects tried to break into Continental Armory but fled when someone called 911, officials said.

At 2:41 a.m. that same day, they allegedly took 27 guns from Tanners Sports Center. Only 16 of these guns have been recovered, including one which was used in an armed robbery in Pennsauken on Dec. 14.

Mason, Purnell and Terrell will have a preliminary hearing on Feb. 9. Hall is awaiting arraignment in Montgomery County; she is incarcerated in Philly for unrelated charges.